Surely more than once the question of whether fish drink water has come to mind. Well, yes, they drink, but this curiosity that could have invaded you suddenly has an answer, and not only that it remains there.

Of course, fish need water for nothing and live, but they also need hydration but said hydration changes depending on where the aquatic animal is.

Attention, because we tell you how fish drink water and why 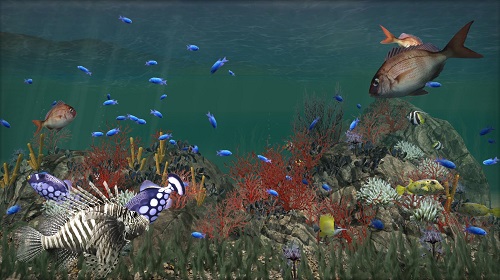 These types of fish also drink water, and they do so continuously. The seawater contains about 33 grams per liter of salt.

According to the Aquarium Costa de Almería, it should be noted that the ocean serves as a residence for numerous species such as sponges, bivalves, anemones, or sea urchins, among others, they have the same concentration of salts in their body as the sea.

But there are other species that have a lower concentration of salts than the habitat of the oceans. That is why they have to resort to osmosis.

The osmosis is a physical phenomenon of equalization of the various concentrations separated by a semipermeable membrane, and experts add water flows in bodies of salt concentrations to less salty.

That is why saltwater fish, having a lower salt concentration, lose water, because it seeps out through their skin, causing progressive dehydration.

In order to counteract this and maintain a balance of internal body fluids, marine fish drink water. The fact is that in this hydration they ingest salts, but they are not absorbed.

Most fish that drink seawater expel these salts through gills and urine, which is highly concentrated and with a little amount of water. 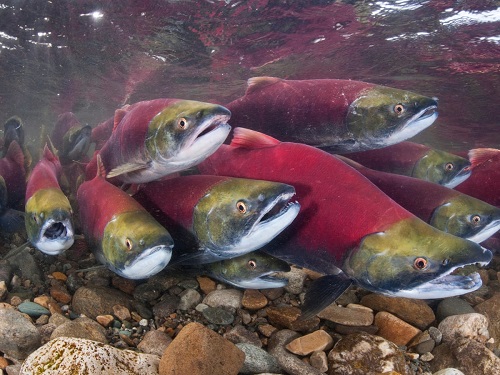 And do river fish drink water? Well, no. In this species, the opposite occurs. River fish have a higher concentration of salts in their body fluids, so they are in danger of death if they get too much freshwater, or rather, they have an excess of fluids.

To avoid this, fish do not drink water, and they also have a body structure that is impermeable to water. According to the experts, although it is seen in the aquariums how they open and close their mouths, what they do is breathe.

Almería Aquarium says that “with this knowledge, we can know that fish drink water in the sea but do not drink in the river.”

Despite these mechanisms that these species use, a certain amount of freshwater penetrates through the gills and skin into the body due to osmosis.

To maintain the internal balance they need to eliminate water through urine, which in river fish is very abundant and not very concentrated, since they have to retain salts.

According to experts, this species is very particular, as it manages to adapt to the freshwater habitat and then to the saltwater one. It is born in rivers and then migrates to the sea.

Although some salmon return to the place where they were born to breed, the curious thing is that when they are in the river they avoid drinking water so as not to lose the salts, when they reach the ocean these types of fish drink water and eliminate those salts.