After leaving some detail with his Project LiveWire, Harley-Davidson has used the CES event in Las Vegas to uncover the information that was missing from his first electric Harley motorcycle. Finally, we have figures of power, autonomy … and price. Oh, and the first concepts of electric bicycle and moped of the brand.

Electric Harley-Davidson: one of the fastest of the brand

What better place than Las Vegas to announce that reservations to get the first electric Harley-Davidson open next month in many of the brand’s markets, including the US and Spain. If you are interested, you can start preparing the portfolio because the LimeWire model has a price of almost $ 30000 and will begin to deliver from August of this year.

The acceleration figures that Harley-Davidson has advanced clear doubts about the first of its electric motorcycles. Maybe the touch of fossil fuel does not have it (if the noise generated artificially). But in design and performance, we are facing an authentic Harley.

The LiveWire of Harley-Davidson will be able to reach 100 km / h in just 3 seconds, and its battery will have a range of about 175 km. To charge if we can use a level 1 charger and get a full charge during the night via traditional plug (at a rate of 20 km of autonomy per charge hour).

If we want a faster charge we will need a level 3 DCFC point, where we would reach 80% of the battery charge in 40 minutes.

As a good electric motorcycle, the technological equipment is state-of-the-art. We have for example a touch screen with real-time information on the status of the motorcycle. As well as alerts, traffic conditions, weather …

A very interesting service will be offered by Panasonic. And through which we can connect remotely to the motorcycle to check the battery charge status. Its location on the map as well as security alerts in relation to it has been hit, moved or manipulated. 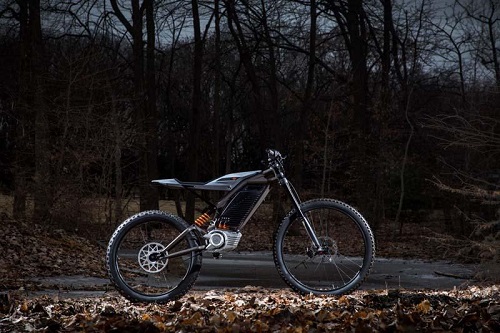 Since they were on the stage of the conference of Panasonic, a manufacturer of batteries. Harley-Davidson has seized the occasion to reveal an open secret: they are working on mopeds and electric bicycles. 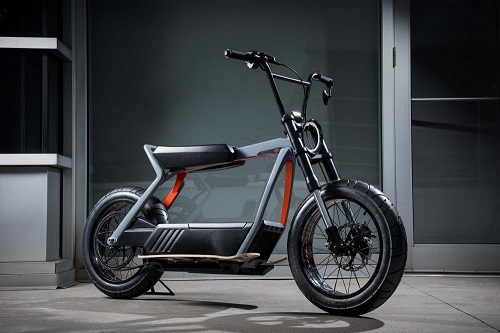 For now, there are no more details than the two images that we show you, which are just concepts. But it’s great to be able to open your mouth.