Just a few years ago, talking about the best Chinese phones was little less than an offense because they were poor quality phones and poor performance. Today the tables have changed and Chinese brands impose a strict policy of low prices on the rest while maintaining first-class services.

Some  Chinese mobile manufacturers, such as Huawei, Oppo, Xiaomi or Honor, occupy the top positions in mobile sales and already have the confidence of millions of users who see them as a valid alternative and guarantees to traditional brands.

Some users are still reluctant to buy Chinese phones despite their irresistible price. Luckily, many of these brands have already been fully established in our country and offer all guarantees and commitments to the consumer.

In this selection, you will find the 15 best mobile phones of Chinese manufacturers in 2018 by price range to make it easier for you to choose your next mobile.

The best Chinese phones of 2018 for less than 230 dollars

The  Chinese mobile became popular because it is very cheap smartphones, but unfortunately, their quality left much to be desired.

During the last years, the manufacturing processes have been improved, which is why they have managed to keep the prices low obtaining a considerable improvement in the quality of the product. 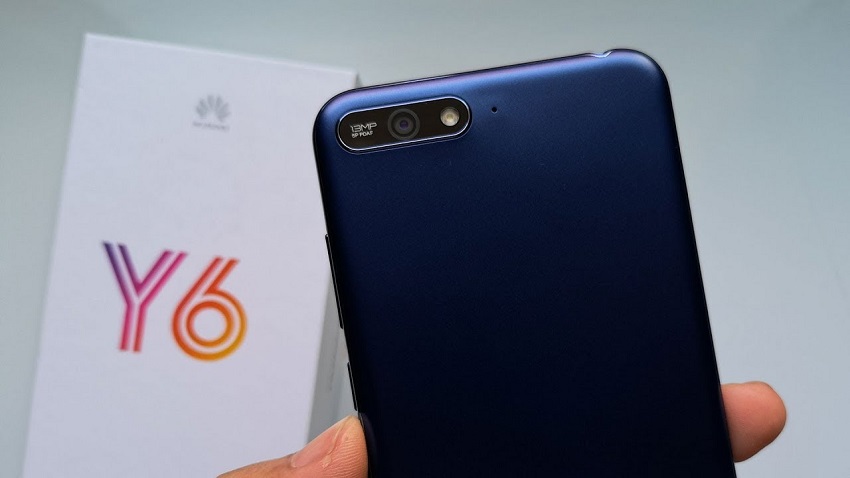 Becoming one of the largest mobile manufacturers in the world should not make us forget that Huawei is a brand of Chinese origin. Curiously, its consolidation in the western markets did not come from the hand of its flagships, but by its more discreet models such as this  Huawei Y6 (2018).

We are talking about a terminal updated to the telephony trends of 2018  that includes a screen with 18: 9 aspect ratio and a Qualcomm Snapdragon 425 processor, 2 GB of RAM and 16 GB of internal storage.

The version 2018 of Huawei Y6  covers all the needs of users who do not need a mobile with the equivalent of a powerful computing power and that conform to your mobile phone is capable of running games sporadically, and keep informed through Instant messaging and Internet browsing without having to invest a large sum of money. 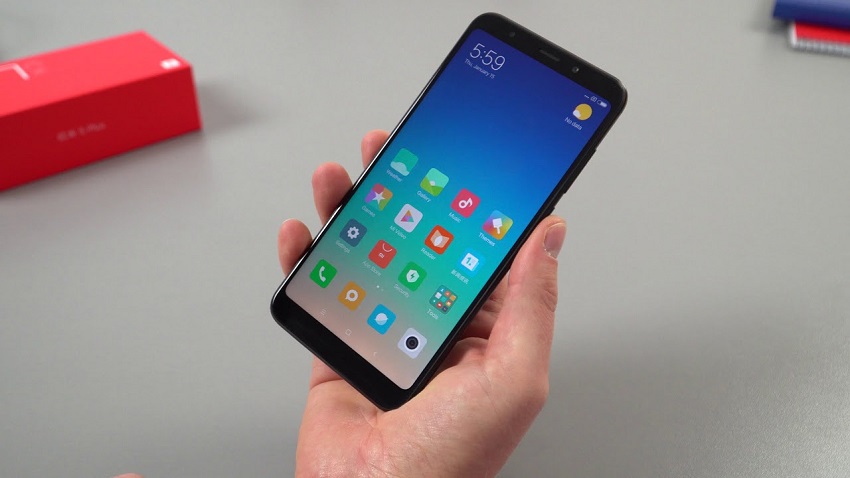 Xiaomi mobiles stand out for offering good features for a very contained price. The range of mobiles for less than 230 dollars is one of the strengths of the Chinese manufacturer because in it we find a good number of Xiaomi models.

Of all of them, we can highlight the Xiaomi Redmi 5 Plus, which offers an excellent value for money with a very well thought-out mobile phone and with a few top-level finishes.

The Xiaomi Redmi 5 Plus fulfills in all the sections offering a good performance in the tasks of the day to day and in games thanks to its processor Qualcomm Snapdragon 625 and 4 GB of RAM; good behavior in the photographic section with its 12 and 5 megapixel cameras; and a sufficient autonomy to sustain a whole day thanks to the 4,000 mAh of its battery.

Possibly the mobile that best represents the philosophy of the three B: good, beautiful and cheap. 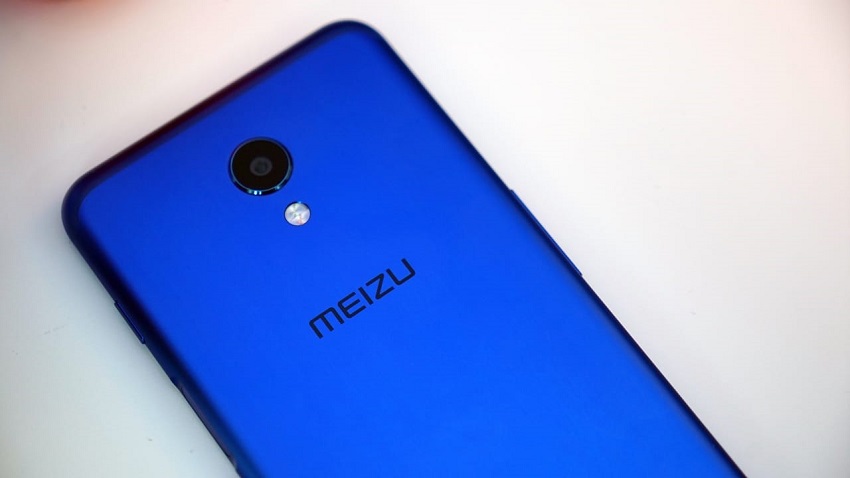 Although from Spain, Meizu can be perceived as a minor Chinese brand, it is actually one of the sales leaders in the Asian giant with more than 20 million units sold during 2017.

The  Meizu M6s  is a version of the original Meizu M6  that provides a better multimedia experience thanks to its larger screen area that grows up to 5.7 inches. For this model, Meizu has dispensed with the usual processors of Qualcomm or MediaTek and has opted for the  Exynos 7872 six-core processor from Samsung.

Meizu has also relied on the Samsung components for the photographic section since it has a camera and sensor set of 16 megapixels of the South Korean firm. It is one of the best Chinese phones.

The best Chinese phones of 2018 for less than 350 dollars

The price range between 200 and 350 dollars is one of the most competitive in the market and where Chinese mobile phones have dominated with a strong hand.

The  Chinese mobile less than 350 dollars are the perfect alternative for users who do not want to give up mobile with a good performance but without having to invest a large sum of money on them. 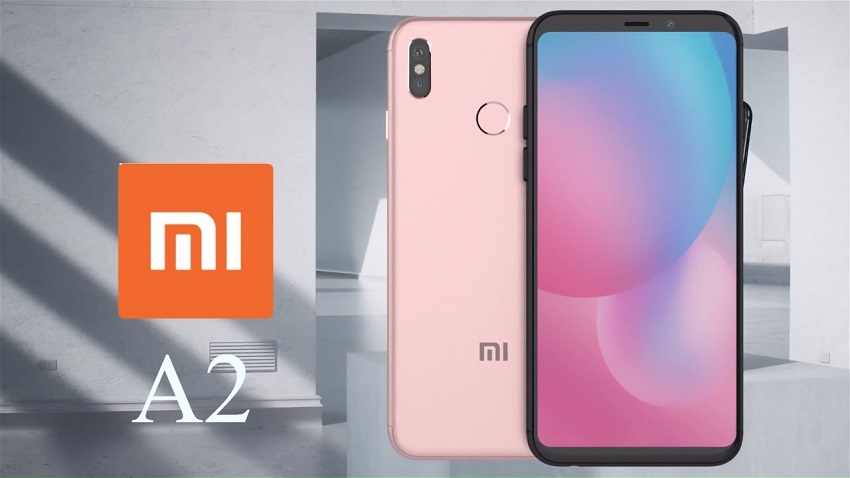 Undoubtedly, the most anticipated mobile of 2018  and one of the great best sellers during the upcoming Christmas campaigns.

A direct heir of all the virtues of its predecessor, the  XiaA1, Mi A1, the new version of 2018 continues with the same philosophy of offering a terminal with very interesting hardware at an unbeatable price. It is one of the best Chinese phones.

The  Xiaomi Mi A2  comes equipped with a powerful  Qualcomm Snapdragon 660 processor  and a 6-inch screen with Full HD + resolution, 4 GB of RAM and 32 GB of internal storage, more than enough features to meet the needs of the vast majority of users

In the photographic section, the  Xiaomi Mi A2  also picks up the witness of its predecessor and provides some really remarkable photographic capabilities, although it is still far from the high-end terminals. 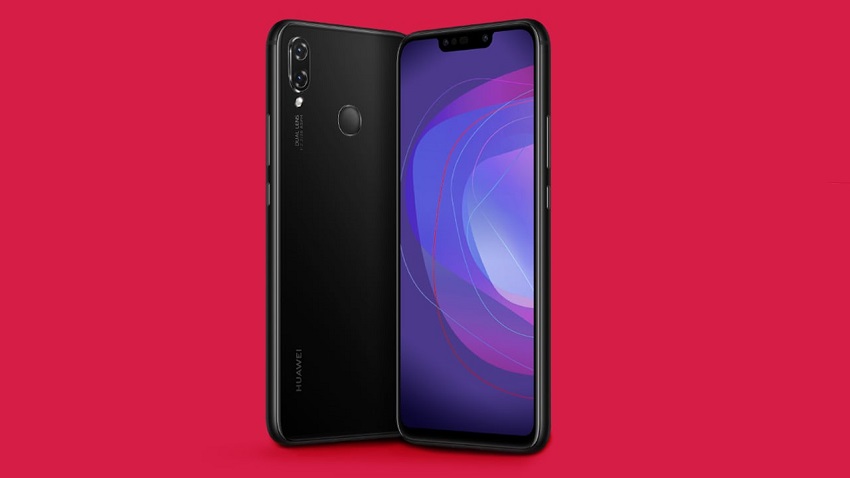 The P Smart 2018 is a mobile with excellent performance that is positioned among the best of the mid-range, offering a truly spectacular design and a very remarkable autonomy. It is one of the best Chinese phones.

Its tight price only puts more pressure on other brands with models in this price range since the Huawei P Smart + sets the bar very high even for brands like Xiaomi, positioning P Smart + as one of the best Chinese mobile phones of 2018 in its price range. 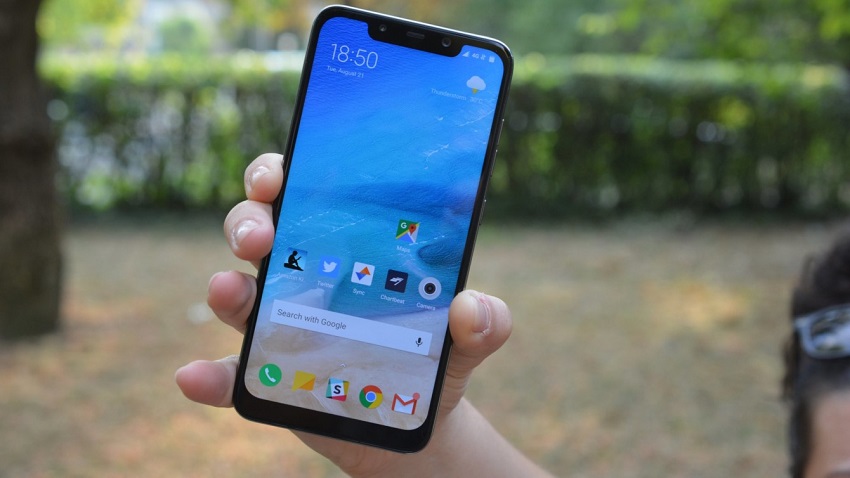 If the mobiles are awarded prizes equivalent to those of the cinema, the  Pocophone F1  would undoubtedly be the prize for the revelation actor of the year. The first mobile of the second Xiaomi brand has been a surprise for its incredible performance and unbeatable price.

The  Pocophone F1, despite its unfortunate name, offers a lot. The most powerful processor that can be found on the market, a screen that exceeds, RAM and storage more than enough and a camera that, although it is its weakest point, fulfills its function with ease.

The best Chinese phones of 2018 for less than 570 dollars

As we approach the range of 570 dollars mobiles, the benefits increase and we can consider them as the best premium mid-range Chinese phones. In these price ranges, we are accustomed to finding phones that offer a good performance but that also take care of the design and the quality of their materials. 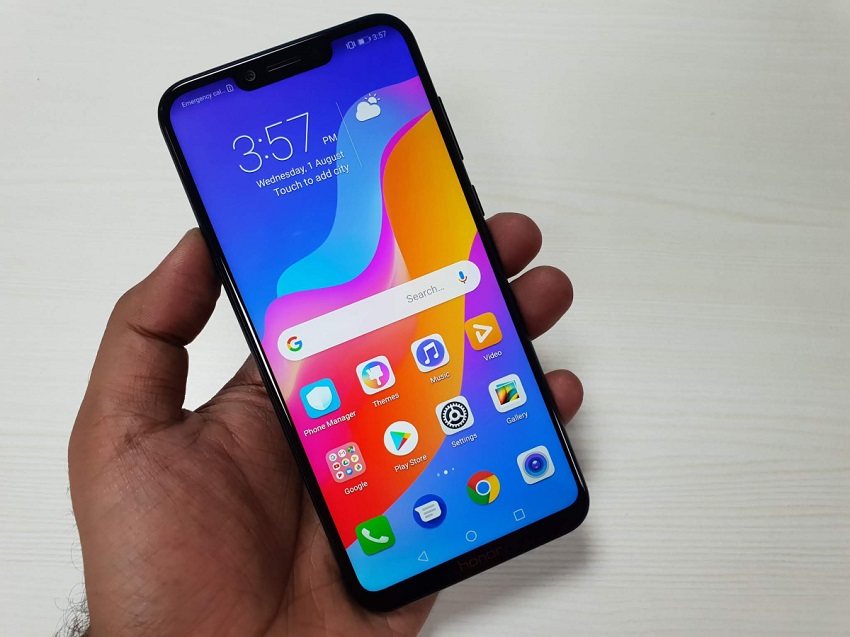 The  Honor Play has been a great bet of Honor for a product niche that every time adds more followers:  mobile gaming with Android.

To move with ease any game that you propose it will be necessary to have a hardware of the first level so that the mobile does not fall short in performance. Said and done.

The Honor Play mounts a Kirin 970 CPU, the company’s most powerful processor, which ships with flags of the likes of Huawei P20 Pro.

For the screen of this Android mobile for games Honor bets on an IPS panel with a generous size that offers images of very good quality. The set is completed with 4 GB of RAM and 64 GB of internal storage. 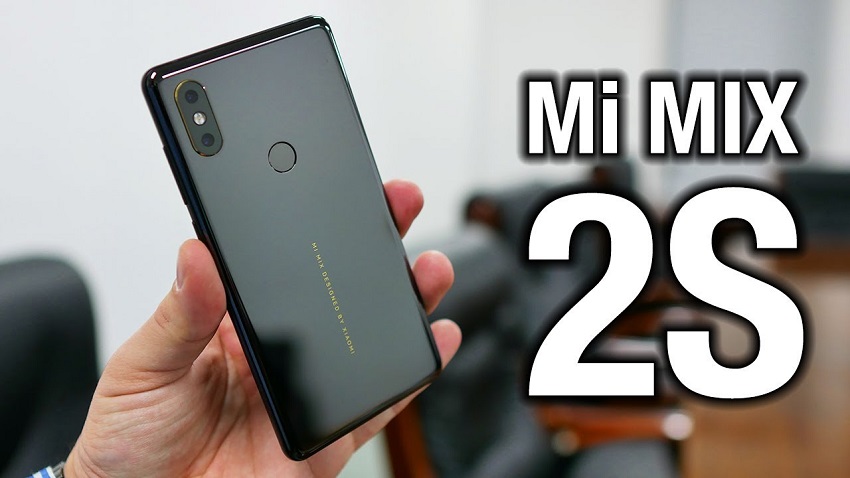 The Xiaomi Mi Mix 2S is the most up-to-date version of the Xiaomi Mi Mix 2, a high-end mobile from Xiaomi that is characterized by giving all the prominence to the screen on the front, reducing the marks to their minimum expression.

Inside we find everything you would expect to find in a first-class mobile, but with the peculiarity that its final price is just over 460 dollars. This is probably one of the best Chinese phones by price range of 2018.

With a Qualcomm Snapdragon 845 processor, no less than 8 GB of RAM, dual 12 + 12-megapixel rear camera signed by Sony and a battery of 3,400 mAh the  Xiaomi Mi Mix 2S  offers the best performance at a price hard to match. 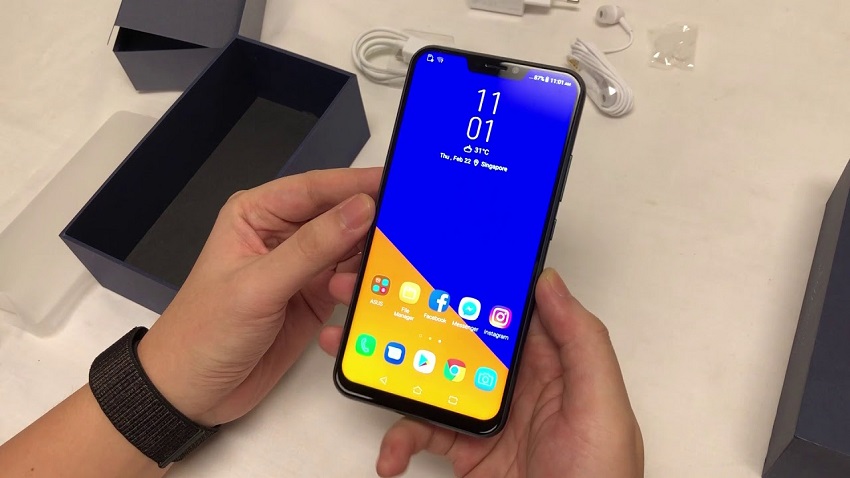 The most powerful model of the Zenfone 5 family that was presented during the MWC 2018 in Barcelona has been slow to arrive, but finally, you can enjoy all the performance of Asus’s most powerful smartphone in 2018.

Like most of the phones presented in 2018, the  Asus ZenFone 5Z  takes full advantage of the useful screen space on the front by reducing the frames to occupy 83.7% of the total and mounted on it a 6.2-inch panel with Full HD + resolution and an aspect ratio of 18.7: 9.

Inside we find a  Qualcomm Snapdragon 845 processor, with up to 8 GB of RAM and 64 GB of internal storage. An equipment that any brand would sign for its flagship, but that sets its price below 570 dollars. It is one of the best Chinese phones in 2018.

The most exclusive range for Android smartphones that come from China is in the price range above 570 dollars, and its ceiling rarely exceeds 800 dollars. Let’s see what are the best Chinese phones of more than 570 dollars in 2018. 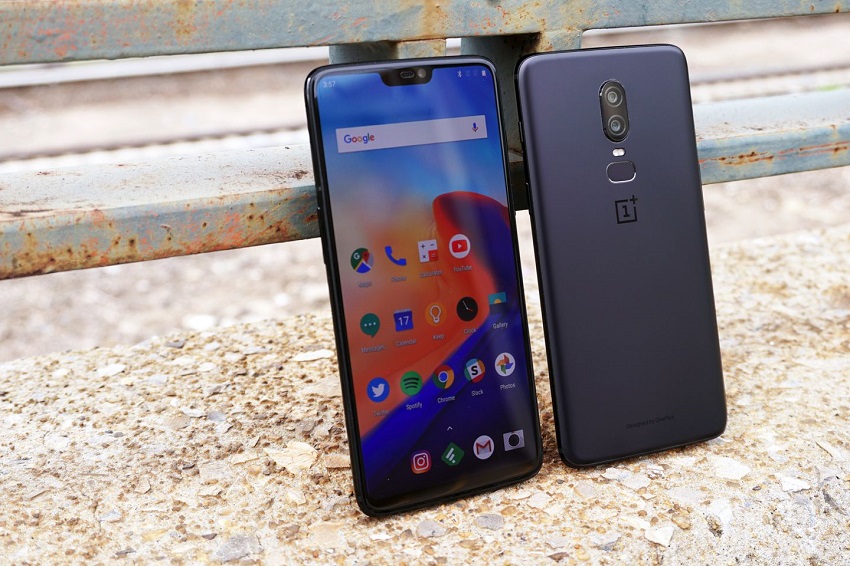 OnePlus was unveiled as a true Flagship Killer offering high-end Android phones at a very low price. Currently, although its price is not as incredible as it was in the first models, it continues to be very attractive for the excellent equipment it offers.

Its latest flagship is the  OnePlus 6, which offers a sober and attractive design in the line of smartphones. Such as the Galaxy S9 or the LG V30, with glass as the main ingredient in its rear and costing roughly half as much as ships Badge of traditional brands. All a matagigantes and, without a doubt, one of the best Chinese phones of 2018.

Its equipment is very close to the one already offered by the previous  Oneplus 5T. But updating the components to its latest version as it has a Qualcomm Snapdragon 845 processor. And a spectacular 6.28-inch AMOLED screen that arrives from corner to corner thanks to the incorporation of a notch.

As it happens in another Chinese mobile, its tight price has a direct impact on the performance of OnePlus 6 cameras. Which do not shine like those of a traditional high-end terminal? However, they are the perfect alternative to have an excellent Android phone that will cover the needs of even the most demanding users. 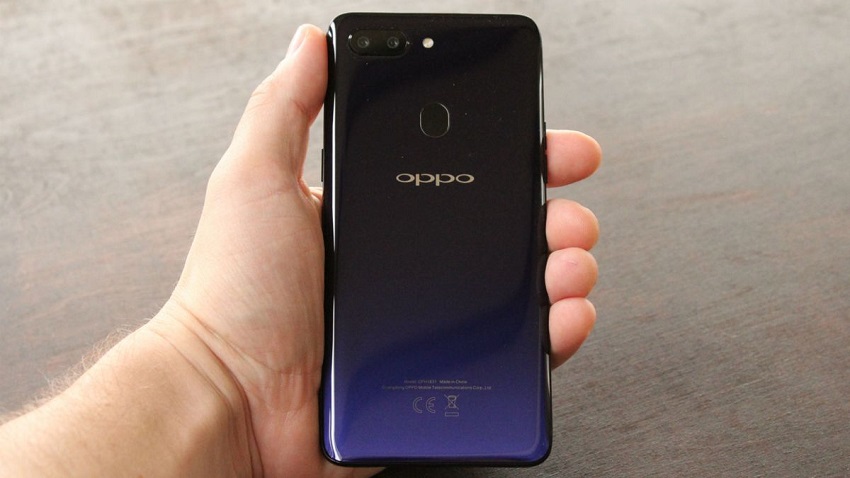 Oppo is signing a year with a series of really powerful proposals that marks a before. And after in the history of the Chinese manufacturer. The  Oppo R15 Pro includes everything a user could want in a well-finished smartphone both inside and out. It is one of the best Chinese phones in 2018.

One of its main features is that it uses Oppo’s Color OS software layer. This layer, although it is based on Android, offers an experience of use closer to iOS than to Android. Something that differentiates this Oppo R15 Pro from the rest of the competitors. But that I could also play against it if the user searches for an “experience”. Android “.

As a counterpoint, the battery that mounts the Oppo R15 Pro is a real jewel of engineering that optimizes very well its discharge. And has an ultra-fast charge thanks to the system of fast charge VOOC of Oppo. 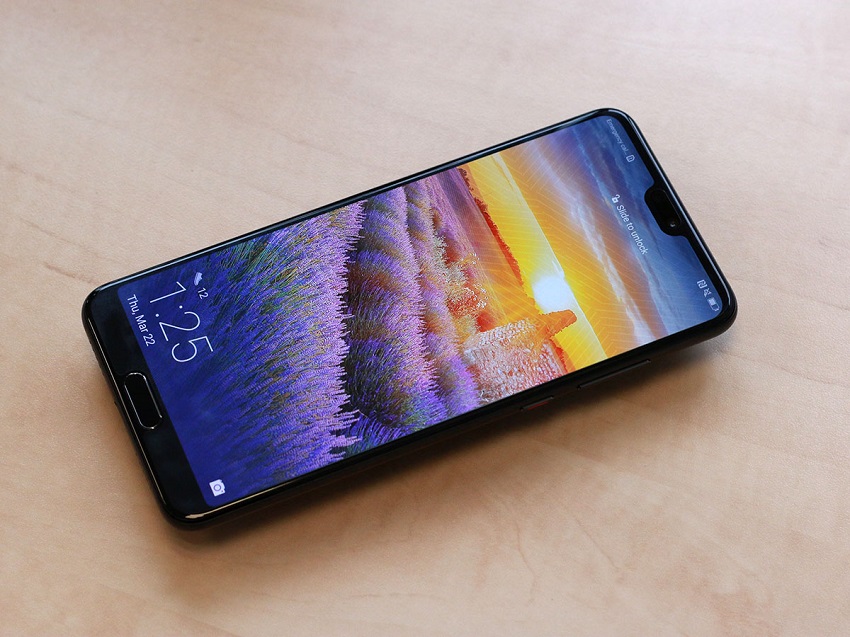 After a few months in the market, the Huawei P20 Pro has lowered its price from the 1030 dollars it cost at launch, now you can find it for just over 690 dollars. This reduction makes it one of the most interesting Chinese smartphones of 2018.

Its most outstanding feature is the incorporation of the triple rear camera. Which not only allows you to obtain the bokeh effect to blur the background in portraits. But also provides 5x hybrid zoom thanks to its 40-megapixel sensor.

It is also worth noting its night photography mode, with which it obtains excellent results when taking pictures with very little light. It is one of the best Chinese phones in 2018.

The Huawei P20 Pro does not detract in terms of power as it includes the Kirin 970. The most powerful processor that Huawei has manufactured to date and that provides  Artificial Intelligence functions.