The isekai has established itself as a really relevant genre in recent years. An outbreak that many attributes to the presentation of Sword Art Online, the work of Reki Kawahara, but that has gone far beyond the ideas of the Japanese author . Close to its success, as well as its release, is Re Zero season 2. Another case of great importance in the sector, under the signature of Tappei Nagatsuki.

Now, and after having won over a large part of the public during the premiere of his anime last September 2016, he has announced the arrival of a second season that will serve to close all the mysteries that were left open at the end of the first installment. It has done so during the celebration of Anime Japan 2019, one of the most important dates of the year in the sector and which has led to a large number of announcements.

Among them is this new season for the adaptation of Nagatsuki’s play. One that has not left us too many details but is responsible for opening the space for your arrival. It does so by introducing Subaru and Emilia in the first instance, but reminding us of the presence of Satella, the Witch of Envy, who will have great importance in the new arc.

Beyond that, his announcement has been made amidst mists of mystery. Although it is known that Kadokawa will meet again after its production. It has not yet been revealed which studio will be in charge or when it will be broadcast. One that, however, points to the next year 2020. Since in October of this we will have the second OVA of the series. 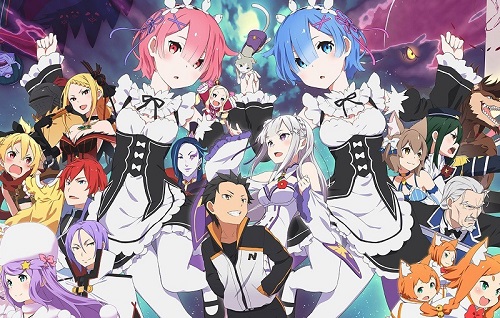 After spending several months without knowing more information about the second season of Re: Zero, it was in December 2019 when the franchise’s website revealed when it will premiere its production: April 2020. At the moment we do not know the exact day, but at least we can already place it on a time horizon of next year. In addition, as an incentive and companion to this fervent announcement. The production company has confirmed that in January 2020 it will reissue the first season of the series. Thus counting on episodes of an approximate hour in length in which new sequences will be included and others will be arranged. ; a way to reintroduce the audience to the play and prepare for the long-awaited return of Re: Zero. 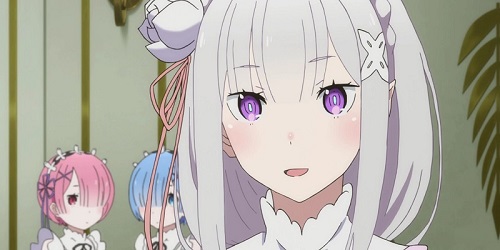 * News updated to 03/10/2020: In relation to the effects that the coronavirus is causing worldwide and, specifically. In Asian countries, one of the premieres scheduled for this spring has been postponed until summer 2020. Specifically for the month of July. We are talking about the second season of Re: Zero. This news has been confirmed through the official website of the project. And it has been commented that it will be later when more aspects of this long-awaited season are reported. Although for the moment its production is paralyzed. And we will see if there are some other ones next to it.

* News updated to 06/11/2020. Thanks to a special event that has been held in Japan to explain various aspects of the production of the second season of Re: Zero. The final date on which it will be This long-awaited new iteration will premiere July 8, 2020. An event in which, in addition, it has been confirmed that this new season will be divided into two parts. And the second will take place, a priori, in January 2021.