If there is something best post apocalyptic anime that makes our hair stand on end or we would love it to happen, it would be an apocalypse … there is no midpoint! At least, we would think so until we are in the jaws of a zombie or some monster created by a deadly virus. Our article today is based on those anime that by obligation promise a lot. Thanks to their plots where pandemics are the main seasoning.

Some of these anime have zombies, yes, but they are not the only pandemics that exist … and they all have that virulent and deadly touch that we like so much. On the other hand, it is necessary that you take into account, when you go through each of them, that the plots are nothing without their characters, so pay close attention because they are the cherry of the cake. 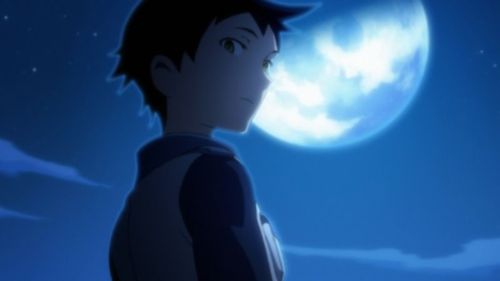 One thing is that we are in the world of computing and another that we are forced to live with our friends and family through online media, because of a deadly virus that has decimated the entire population worldwide. In Loups = Garous we can see how human beings avoid any physical contact – or what they call it, “real contact” – to avoid getting contaminated and dying.

Although the atmosphere turn around the post-apocalyptic world where the virus continues to terrorize people, the plot of the anime is something different for a group of girls who decide to make real contact: Hazuki, Ayumi and My . Beyond that risk, after a series of murders they must solve all the mysteries that revolve around their new adventure. 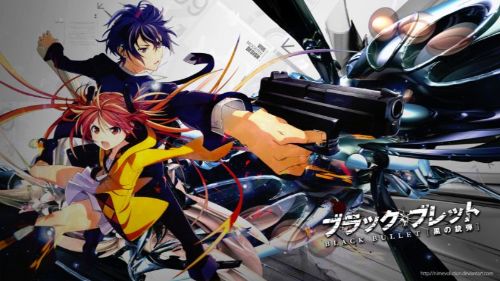 Black Bullet is not another post-apocalyptic anime anymore, because thanks to its innovative plot with invading parasites, we have been able to have fun and get a little scared. The setting presents us with a world in 2021 where a virus called Gastrea has taken over most of the planet, with the exception of some cities protected by monoliths made of varanium (a fictional mineral), the weakness of the alien pathogen.

To put more context, remember that the aforementioned virus, when coming into contact with a human makes it a killer monster. Luckily, for all evil, there is a remedy, and in this case, there are cursed children, those who possess parts of the pathogen and have superhuman abilities. Join our protagonists, Rentaro and Enju, in the traumatic fight against space parasites!

8. Zaion: I Wish You Were Here 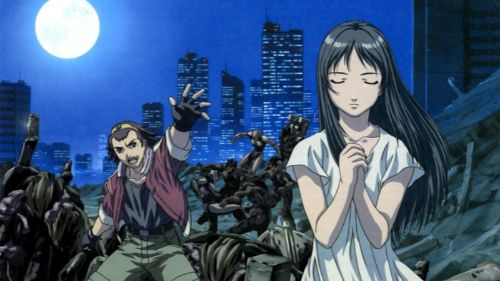 Zaion: I Wish You Were Here is an anime very similar to the previous one in terms of the environment of the story, where an alien virus called M34, which came with the fall of a meteorite to Earth, began to decimate the human population, transforming them In strange monsters. The plot, in general, tells how government organizations created from the extraterrestrial threat fight for the survival of their species, using high technology to insert nanomachines into the bodies of soldiers and thus be able to cope with the terrible mutations of the virus.

Going deeper, the climax of the anime begins when the monsters become too strong and humanity cannot defeat them even with the use of nanomachines. From there, everything remains in the hands of a 16-year-old girl, our protagonist named Ai, who has the power to stop the space pathogen. It is up to you to know what that power is, and if it really succeeded. 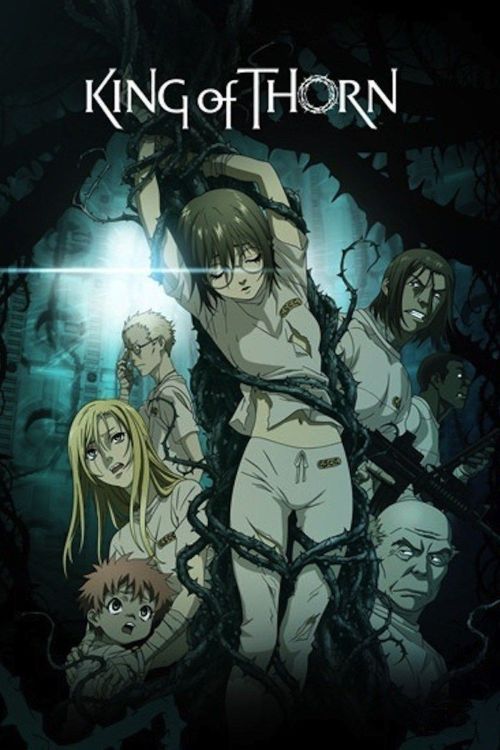 If a virus that turns people into monsters is bad enough. But now imagine that instead they are transformed into stone. Ibara no Ou presents us with a pandemic with some mythological features. Where the pathogen is able to perform the feats of the mythical being called Medusa, from which he has adopted his name. The government and the Venus Gate organization made the decision to choose 160 infected, among those our protagonist Kasumi, to take them to a cold dream until the cure can be found in the future.

Although it looks promising, the reality is that when they wake up things are worse than they were. Because the elect meets monsters and a destroyed world. In addition, they will have to fight for their lives with these strange creatures. And, as if that were not enough, discover what happened and how much time has elapsed since then.

6. Kabaneri of the Iron Fortress 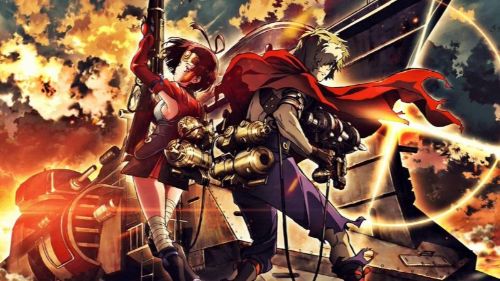 The walls have been raised, the people trapped and the world has collapsed after the attack of monstrous creatures that seek to satisfy their endless desire for human flesh. The plot explodes in the middle of the Industrial Revolution when the walking dead. Called Kobane, appear and unlike the classic head-cut to end them, this time you have to attack his armored heart in steel.

On the other hand, we have our hero, Ikoma, a young employee on the walls of Hinomoto Island who has created a weapon capable of easily killing zombies; also our kabaneri called Mumei, who is an infected woman who managed to defeat the virus. And therefore has achieved supernatural skills. Together, they will be the focus of attention in the anime, he with his weapon and she with his powers. Will they repel the virulent threat? 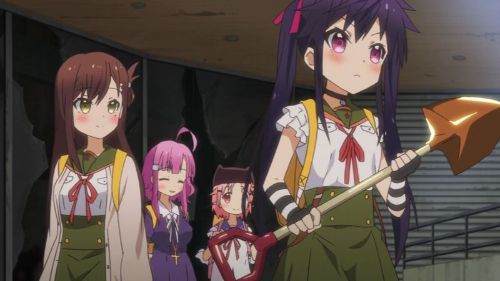 It is one thing to survive in a zombie apocalypse and another is to live a normal life when there are undead waiting for you to be wrong to eat your brain. Gakkou Gurashi brings us the story of a group of girls and their teacher, who are looking for ways to cope with their lives with apparent normality in full swing of a deadly virus that has turned almost everyone into beings that devour people.

The plot first is a club where it is forbidden to leave the academy, obviously not to be devoured by the walking dead. There, the heroines Yuuri, Kurumi, Miki, Megumi and Yuki, the group’s schizophrenic. Get under a lot of teamwork to stay alive and create a kind of psychological capsule where they pretend everything is fine. 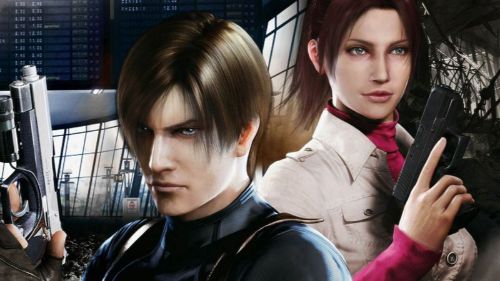 Resident Evil: Degeneration shows us pragmatic accounts of how the fall of Raccoon City was. And, at the same time, a series of events such as the collapse of the Umbrella Corporation. The change of president and the sudden appearances of new pharmacists seeking to create a new pathogen. Under that premise, we can find our protagonist, Claire Redfield, an activist who fights against bioterrorism. And who, at all times, will be involved with the manifestations of the T and G viruses. It is one of the best post apocalyptic anime.

The plot unfolds in an airport where Claire must go find a girl. There, after meeting the little girl, when boarding the plane, one of the passengers begins to feel bad. And asks to make a call to the center of Wilpharma, a pharmacist accused of creating a biological weapon. Not long after we will be facing an uncontrolled situation, with zombies causing panic. And very little hope of stopping the expansion. 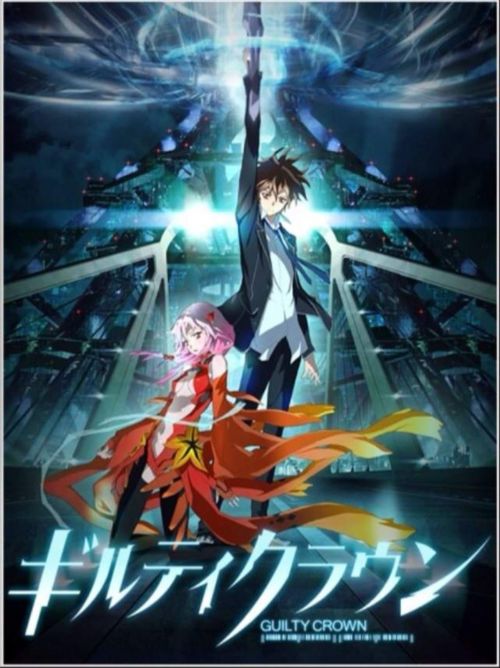 This anime has a plot similar to others on the list but innovates with a quite creative plot twist. Guilty Crown presents the fall of a meteorite to Japan, which brings with it a virus called Apocalypse, which turns out to be contained by the GHQ, a non-governmental organization that asks in return to create and implement martial law on the Japanese people.

Shu Ouma is a fearful boy who is implicated against his will in the war between the GHQ. And the Undertakers, a rebel group that opposes martial law. He also shows us Inori, an idol who belongs to the resistance and who, for reasons contrary to his will, gives Shu the experiment he stole from the GHQ. The climax comes when our protagonist becomes infected with the experiment that, subsequently. He gives him the power of the King, and with him he is able to create weapons called Void, coming from the heart of the people. From there, the hero must team up with the rebels and fight using his new ability to survive.

You may like- The crown season 3: everything we know about season 3 of the Netflix series 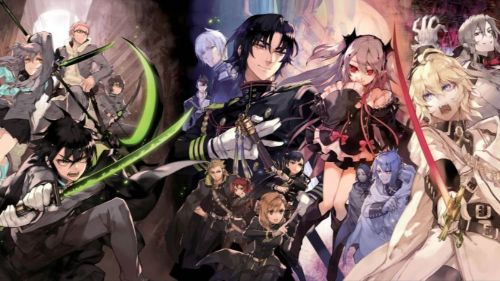 If a deadly virus that kills people over 13 is not enough then let’s say that, in addition to that – and after so many deaths due to the deadly pathogen – there appear the most fearsome and diabolical creatures out of the worst tales of terror: Vampires The demonic beings leave to take over the world and subjugate humanity, enslaving them and keeping them alive only to use them like cattle and thus not starving to death due to lack of fresh blood.

Understanding the context of anime, we meet our protagonist, Yuuichirou. Who as a child fled from an orphanage where children were confined to donate their blood to the night monsters. He joins an organization called Moon Demon Company, which is responsible for ending the vampire plague in Japan. And getting revenge for the murder of his only relative, Mikaela.

1. Highschool of the Dead

Many may think that the story of Highschool of the Dead is of the typical zombie stories: an outbreak of a virus that transforms them into walkers, with a group of people fighting against monsters to survive and save the lives of their loved ones. Let us tell you that it is just like that. But the wonderful and different thing about this series is the development of its characters. And all the busty scenes that continuously highlight their attributes.

The plot takes us to Japan, where the dead began to take the cities and the chaos made their own. Few people have survived the zombie apocalypse. And among them some students, Takashi Kimuro, Rei Miyamoto, Saeko Busujima, Saya Takagi and Shizuka Marikawa; Together they must embark on a journey from their learning institute to the dangerous streets contaminated by hungry hordes to meet their relatives … if they are still alive.