Skip to content
home Celebrity Gossip Nicole Kidman and Keith Urban: separated! It is filled with botox!
Spread the love

Nicole Kidman and Keith Urban are going to separate and Nicole in her despair filled her face with botox, as the new Life & Style says on her cover this week. HE HAS! And see the picture of Nicole with her face bursting like a balloon … omg! That … no … it’s … botox !! Wth! LOL!

According to Life & Style, the actress’s marriage – which is not considered a celebrity – and the country singer is hanging by a thread a month after celebrating her 13th wedding anniversary.

“Their marriage is like a roller coaster,” said a source. “People would be shocked by the dysfunction – their marriage has become really strange sometimes. Now it seems that the end is near. ”

Kidman and Urban flew to Sydney with their two daughters in mid-July, but the supposed jealous gossip of such a sexy marriage says that the couple had a mega-fight when the singer returned to the States five days later. 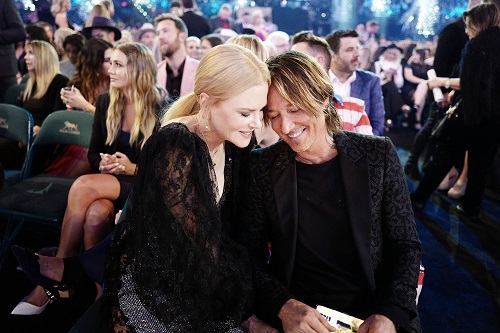 “Nicole accused him of being in a hurry to return home to be with her young musician friends – especially women.”

Actually Keith Urban returned to the USA to close the Faster Horses Festival, the singer leaves the family trip for work commitments, not to go out with his friends – or so they say.

You may like- Gwen Stefani pregnant with Blake, Baby Girl! Really?

But the source says that jealousy has been a big problem among the spouses, because “Kidman fears that Keith leaves her for someone much younger,” while Urban “hates Nicole’s close friends, and his friendship with his co-stars.” Bahahahahahaha, sure! That’s why Nicole stuffs her face with botox, according to the magazine. LOL!! Well, another one of her beauty tricks up her sleeve

This envious insider of so much love affirms that the couple frequently “lives separate lives”, “lack communication” and “have trust issues.”

“Nicole and Keith have had test separations before, but nothing changes once they come back together. And as the years go by, it becomes more and more difficult to be together. They simply cannot continue with that. ”

Obviously, according to Gossipcop, Kidman’s rep denied all this and said there are no problems between the sexy and wonderful marriage. Leave envy, ok? Back off!