Skip to content
home Apps, Entertainment How to Fly in Minecraft
Spread the love

Minecraft is among the most popular games today as it has several million players from almost every country in the world.

This is because Minecraft is a very, very entertaining game since we can create all kinds of objects and buildings using the multiple blocks that the game offers us.

One of the most striking aspects of the game for most users is the ability to fly within the game.

Although not all players are aware, there are four different methods with which we can fly in Minecraft t whether we use different game modes, or we are using its version for consoles or mobile devices.

HOW CAN I FLY IN MINECRAFT 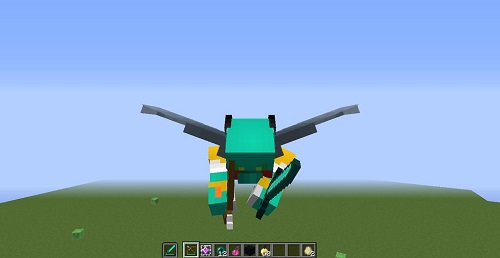 Today we are going to see how to fly in Minecraft; Although not all players are aware, there are four different methods with which we can fly in Minecraft, whether we use different game modes, or we are using its version for consoles or mobile devices. 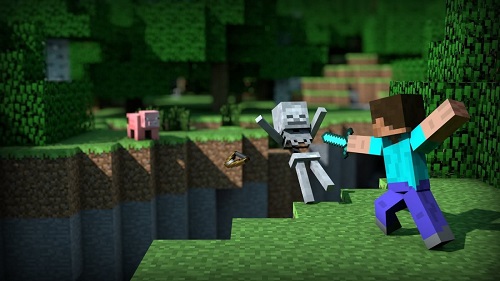 The first thing to understand is that this game mode does not allow us to fly originally, however, it is possible to do so if we enable certain tricks that will allow us to achieve it.

It should be noted that we can carry out these changes only through the versions of Minecraft for computers, compatible with Windows or Mac.

We can also fly in any of these versions without having to alter the characteristics of the game if we get some objects that will allow us to fly with total freedom.

The only problem is that these objects are quite difficult to find. In the event that you have Minecraft Pocket Edition, you will not be able to fly in survival mode.

If you want to enable some tricks that will help you fly, you just have to open the game menu and use the cheat console.

It is important to remember that you must have allowed the cheats in the game before, because if not the process will be a bit more complicated since we must still use our menu but we will select the option “Open LAN”.

Then we can see an option that says “allow tricks”, we must click on it and then use the option “start LAN world”; so you can enjoy all the tricks until you want to exit the game or return to the main menu.

You can also fly if you use spectator mode, but you will not be able to have any interaction with the game.

In addition, we can enter the creative mode, for them we only have to enter “game mode c” and we can directly enter this mode of the game, without having to open our cheat console.

So we can quickly obtain the option to fly, the best of all is that we will not abandon survival mode.

But flying is not the only advantage that creative mode offers us, because we can also enjoy an unlimited inventory that has all the materials, weapons, and tools that we may need within the game. The creative mode also allows us to be completely immune to damage.

While in creative mode, we will only have to press the jump button twice to start flying; In case you haven’t configured the controls, then the jump button will be the space bar.

Once we are flying, we must leave this key pressed if we want to achieve greater heights. On the other hand, if we want to descend, we only have to hold down the key that we use to duck.

Mention that if you have configured the controls, this key will be the «Left Shift» key, once we have touched the ground we will stop flying. Thus, we can move twice as fast.

HOW TO FLY IN MINECRAFT IN CREATIVE MODE

This flying method is available for both computer and video console versions of Minecraft.

To do this, we will only have to choose a world in creative mode, since flying is one of the options that this game mode has, we only have to press the jump key twice in a row.

Sometimes the characters do not start flying immediately, so we must try to press the jump button several times.

As long as we hold down the jump button, we will continue to rise in the air until we reach the height limit, we can also move in any direction.

If you want to stop flying, you just have to descend and touch the ground with your feet, since automatically as soon as our character touches the ground he will stop flying.

Another way to stop flying is by tapping the jump key twice again because our character will automatically descend to the ground. 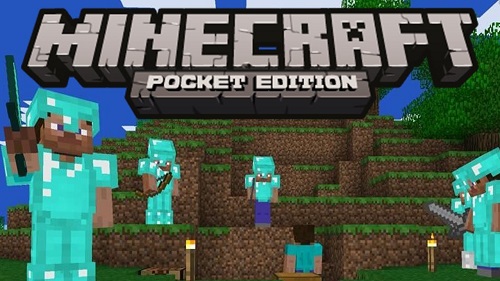 One of the most important and well-known versions of the game is Minecraft Pocket Edition, which is available for different mobile device operating systems, such as Android and iOS.

In this version we can fly if we use the creative mode, unfortunately, we can only use this option while creating our world.

However, there are many players who choose to download a modification of the game through the virtual application store, which allows you to select the game mode you want.

But, it is important to know that most of these modifications are not compatible with the latest versions of this game and that they have even brought some problems to users.

If we want to fly in the creative mode of Minecraft Pocket Edition, we must do the same as in the other versions, press the jump button twice in a row.

However, the way to control our flight is a bit different, because we must hold down the jump key to stay in flight.

It is important to be clear that this feature is only available for the computer or PC editions of Minecraft.

The first thing we must do is start our game in survival mode, once we have started we will have to look for a monster known as the Dragon of the End; These are characterized by their great strength and resistance.

Once we find a Dragon of the End we must fight against it and defeat it, so we can get a pair of wings known as elytra, which allow us to fly with total freedom in survival mode.

However, you must have passed an important part of the game before being able to enjoy this option, since these dragons only appear in the end zone of the game.

When we have defeated the Dragon of the End, we will not only obtain elytra, but we will also be able to see two portals, which lead to different areas of the game.

In one of them, we will obtain a dragon egg that serves different purposes, if we go through one of them we will automatically return to the upper world and we will be awarded an achievement.

If we want to continue exploring the final area of ​​the game, then we must go through the second portal, because this will lead us to new areas.

You must be very careful to go through this portal since it is difficult to enter it and it is practically hidden near one of the edges of the island and it is floating at a considerable height.

We must use a pearl of the end, which allows us to teleport to any area of ​​the game, so we will only have to throw the pearl through the portal.

Entering the other part of the end zone, we can find the End City, which is quite difficult to find, it is composed of a large number of very tall towers, which are built with purple and yellow blocks.

Remember that you must be patient as this city is quite hidden. If you want to find high-value treasures in the city of the end, then we must find and explore the ship of the end, here we can find some very interesting characters.

Inside the captain’s cabin is Skulker, the guard, a creature that we must face and defeat if we want to obtain the treasure, it is good that you know that this monster is very powerful.

The only way to enter the end ship is by using the end pearl because these do not allow direct access, so we must throw our pearl from some catwalks near the ship, which allow us to approach the necessary distance to May the pearl of the end reach the ship and not fall into the sea.

To obtain the elytra or wings, we must break the frame that is behind the treasure of the ship. since they are hidden in this place.

Now, we only have to equip them in the slot on our character’s torso. And we can now fly within survival mode, without using any kind of trick.