Today I bring you a new blog for the community this time from: “The prettiest girls in anime”. We have all ever wondered which girl is the prettiest? or maybe not.

Well, in this blog you will know, I do not entertain you anymore, and let’s start. 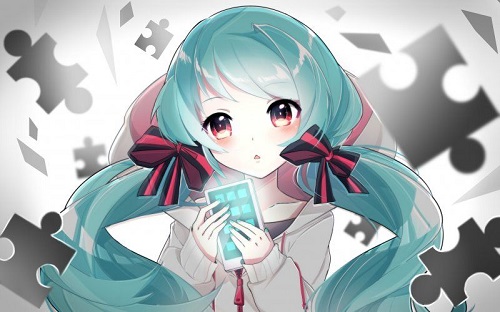 Most of us know her from her Kawaii songs that she is not an anime character, but she is very loved both in her personality and physicality and could not be missing in this top 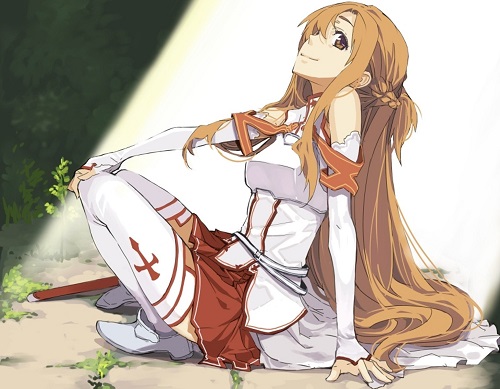 She is 15 years old at the beginning of the anime and the final 18, she is 1.70 m tall and her occupation is as a student.

She has long orange-brown hair and his eyes are hazel.

At the beginning of the anime, he had a “selfish” attitude but as the anime passes he becomes a more pleasant and open person

Asuna ranked second in the top 10 female characters of the Kono Light Novel ga Sugoi! 2012 and 2013.

Asuna is along with Yuuki the only two known players who use her real name as a game name.

The design of her Blood Brotherhood Knights uniform was chosen by other guild members without telling her anything until it was ready. The first time she saw it she rejected it, saying she couldn’t wear something like that. But after Daizen tearfully told her that the price of a single uniform set was colossal, she reluctantly agreed to wear it.

She feels a great revulsion towards amphibians as demonstrated in episode 12.

Asuna once tried to dye her hair cherry pink in Sword Art Online but had to turn it back to brown in disappointment after discovering that the color did not suit her.

According to the ABEC novel, the braided part of Asuna’s hair wants to symbolize the good education she possesses, while the loose part symbolizes her rebellious side. 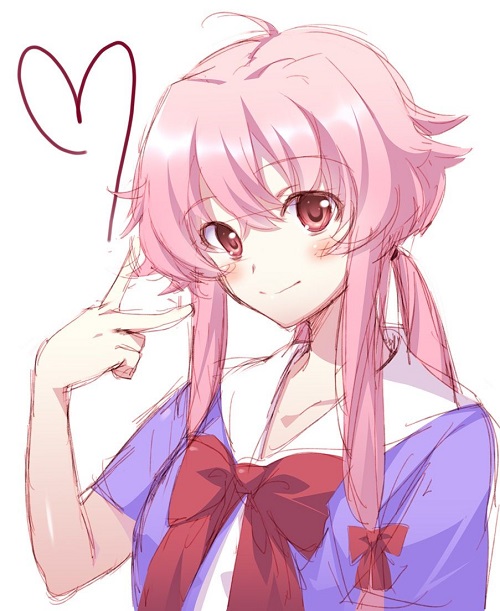 Yuno Gasai has long hair and her bangs cover her entire face and she always wears her hair tied in ponytails.

She is a beautiful, intelligent, and diligent girl; She is seen as a model student but she is obsessed with Yuki she always harasses him and is also very jealous when someone approaches him in a few words you can say that she is a yandere

Her birthday is November 16

Her first name is based on Juno, the Roman Goddess, who was the wife of Jupiter. Both have the trait of feeling a gigantic feeling of jealousy towards their partner when they are with another woman.

Yuno shares many characteristics with Daredevil’s character Bullseye, as they both have abusive parents, tried to kill their parents, are proficient in using firearms, and possess great marksmanship. 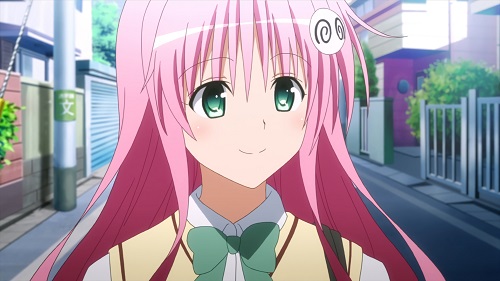 Her hair is pink and his eye color is green.

She is very enthusiastic and has a very cheerful, happy and childish character, she is very loving and generous, and she seems to want to spread her happiness to everyone, apart from that she is very intelligent; rarely, gets upset and angry with other characters

Eris from Asobi ni Iku Yo! It bears a resemblance to her since they are both aliens in love with a terrestrial.

In chapter 09 of the manga when she is changing her dresses to go unnoticed, one of them is that of Goku from Dragon Ball Z.

Lala is an invention geek like Nanvel from Burn Up W and Skuld from Oh! My goddess 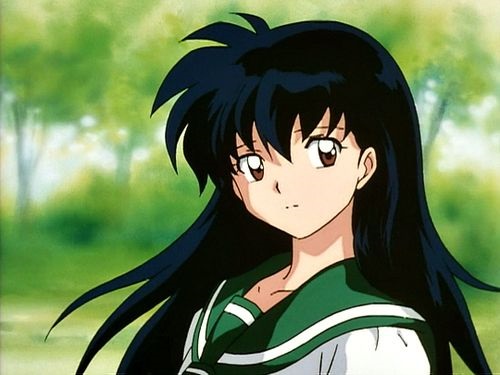 She is 15 years old at the beginning of the anime and at the end 18, at the present time she is a high school student. But in the feudal age, she is a priest.

Her hair is black-blue and his eyes are brown; She is a kind, cheerful, outgoing young woman with a very good heart.

In the manga, he can be seen with blue or gray eyes

Being the incarnation of Kikyo does not seem anything to her