After the recent tragedy of the death of Ivorian footballer Cheick Tiote, further research from the BBC has found that a total of 26 out of 65 deaths on the football pitch in the last ten years were African players. This has prompted questions about whether these players could have a genetic susceptibility to such problems. 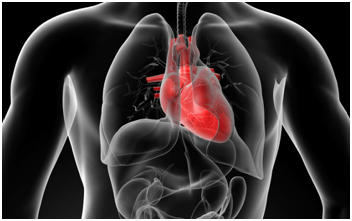 One argument for a genetic susceptibility comes from cardiology professor Sanjay Sharma a Professor, who told the BBC that US evidence suggested that sudden cardiac death is three times more common amongst black basketball players than white players. Further evidence from American research, this time from National Collegiate Athletic Association data, has found that the risk of sudden cardiac arrest whilst doing sport is one in 48,000 overall, a number that rises significantly to one in 18,000 when looking at just black males.

One of the potential reasons for this is thought to be that the wall lining of the left side of the heart thickens more in black players than players of other ethnicities. When coupled with the high blood pressure of high-energy sport, this can result in cardiac arrest. However, susceptibility in players originating from West Africa seems to be higher than those from East Africa, and this may be due to the poorer economies on the west of the continent and fewer heart screenings for athletes. 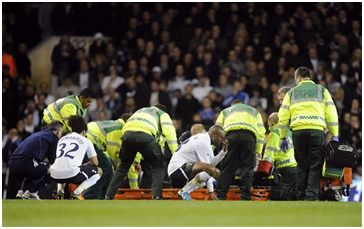 In addition to Cheick Tiote, further historic tragedies from sudden cardiac arrest on the pitch have included Zambia’s Chaswe Nsofwa in 2007, Cameroon/Dinamo Bucharest player Patrick Ekeng in 2016, and Gabon/Libreville player Moise Brou Apanga, who died whilst training earlier this year.

Managing a football team involves so much consideration in addition to the health and fitness of your players, but top-level clubs in the western world should be able to afford heart screenings for players, whilst smaller clubs need their funds for things like football team kits from retailers such as https://www.kitking.co.uk/.

The overall likelihood of dying of sudden cardiac arrest is low for everyone overall and much of the evidence is not concrete or solid enough to draw proper conclusions just yet. Perhaps improved screening in developing countries is what is needed to try to prevent more tragedies like what happened to the much-loved Cheick Tiote.