Mechanical rodeo bulls are a popular attraction at events, fetes and entertainment venues and are available from a number of rodeo bull distributors.They are incredible in their design and engineering. Bending Machines such as the ones found at  http://www.cotswold-machinery-sales.co.uk/euromac/bending-machines/ are used to shape the metal casing underneath the mechanical bull, then the design elements are added.

How did the mechanical bull industry get to this point, and how long have they been in use? 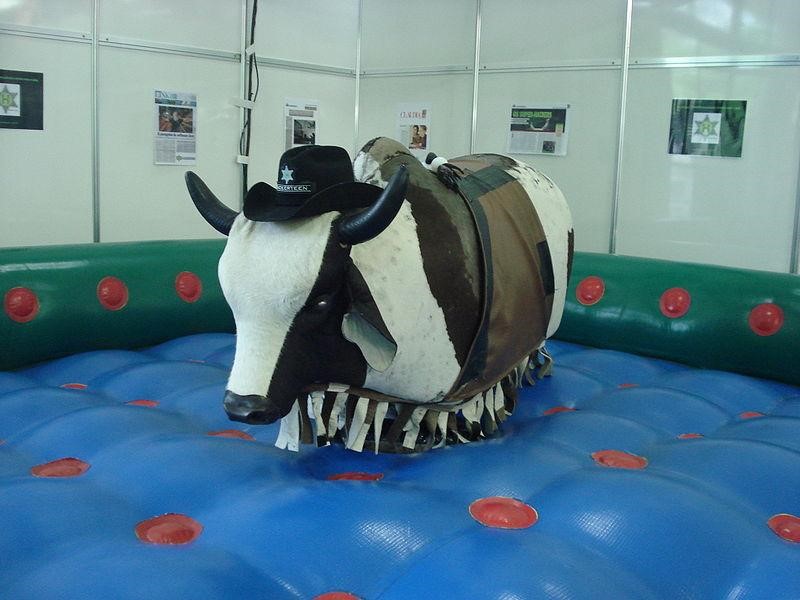 The rodeo bull naturally grew out of the rodeo event where people would compete to stay in the saddle of a real bull. The mechanical rodeo bull started life not as an event in itself but as a training and practice tool to prepare competitors for riding real bulls. It was easier and more practical to have a machine that carried out a similar bucking action than to prepare a real bull every time a competitor wanted to practice, and it was also a lot easier to avoid injuring competitors during training than with a real bull.

The first rodeo bull devices were simple ‒ a barrel suspended on four ropes – and the bucking motion was created by jerking the ropes; however, this was shortly followed by the invention of the bucking bull as we know it today, using motors to more accurately represent the movement of a bucking bull.

Originally these mechanical bulls were just a training tool for those who would go on to ride real bulls; however, in the 1930s a mechanical bull was introduced to an amusement park in the US as an entertainment in its own right, for what is believed to be the first time. The idea behind this was having a bit of excitement and playing at being a cowboy or cowgirl with much less risk.

Over the following decades rodeo bulls continued to catch on. Special versions started to be made for children, with lower speed settings and more soft padding to land on. As concerns over animal welfare have grown around ‘real’ rodeos, mechanical bulls have become all the more popular as a non-controversial way to evoke the same excitement.

The popularity of rodeo bulls has kept growing and spreading across the world to the present day. Now and again something gives this growth a quick boost, such as the John Travolta film Urban Cowboy.