Technology is evolving faster and in the motor sector. It is clear that the next ten years will completely change the current transport landscape. And that also applies to the world of two wheels. We share the best electric bikes which also called the naked bike.

We would have to do an imaginative exercise to think about the motorcycle of the future. There are so many ideas on the table right now – Honda recently presented a motorcycle that does not fall. For examples, that it is difficult to forecast the future of motorcycles from here to the next decade. But next year we already know more or less what we will see in the market. That is why we bring you this list with the best electric bikes of 2018.

The future of motorcycles may still be a mystery, but that the future is motorcycles is indisputable. In cities, it is increasingly difficult to drive with the car, and that is why retentions are caused which, in turn, produce more pollution. Motorcycles pollute infinitely less and help to decongest traffic in large cities.

But if we take into account that in the world there is less and less fossil fuel. Renewing the fleet of vehicles by the best electric bikes does not seem like a bad idea. That is why it is important to value and take into account every detail that different manufacturers can offer us in this engine revolution.

The proposal of “Motorcycles and Scooters” is to reach 55 million electric motorcycles worldwide in the year 2024. It seems a relatively easy proposal but for many pessimists, it is too difficult; We’ll see what all this ends up with.

On the other hand, the (many)  advantages of electric bikes  – such as respect for the environment – position this vehicle very high in the battle of the engine. It is evident that if more users do not buy them. It is because of the low autonomy, the high price, and the recharging points. The good news is that next year we will begin to see many changes.

If you do not believe it, then we recommend that you review the list until the end because you will be surprised by the electric motorcycle with more autonomy that we have included in our list of electric motorcycles that will reach the market throughout the year. comes.

The Most Spectacular Electric Bikes 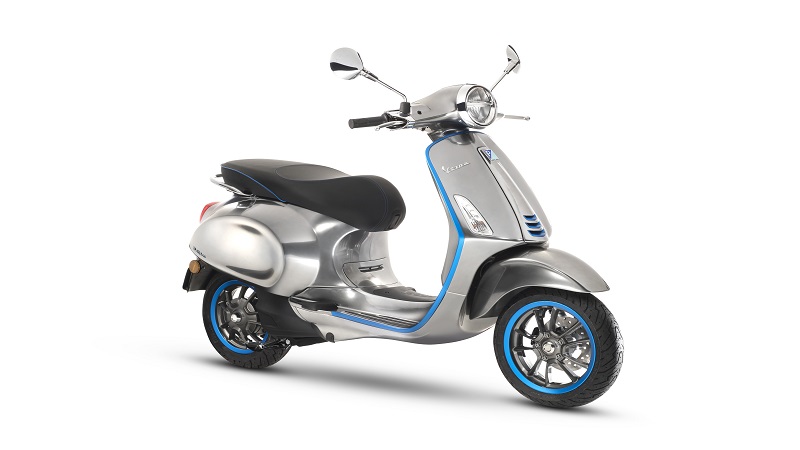 In this case of electric bikes, everything does not have to be machines that accelerate from zero to one hundred in the blink of an eye. At the EICMA show in Milan, the new Vespa Electrica was presented, pretending to see it circulating in the streets during 2018.

The Italian company has been introducing electric motors since the 70s and they remind us of the Vespa Hybrid, which was a success for all those users who love this style of vehicle.

In case you’re wondering, you will not have to question yourself: the style, agility or ease of use; since it will continue to be highlighted in the future of the company with its new electric motorbike.

All bets proclaim it as one of the queens of 2018 and the world is waiting for any data they can provide.

The important characteristics have not been shown and therefore, we are very expectant with any data that can be revealed by the end of the year. The most pessimistic focus for 2019 but we are sure that we can see this vehicle as one of the electric bikes of 2018.

Everything indicates that it will move around an equivalence to the 125cc of combustion, with a lithium battery that will be around 15 kWh. 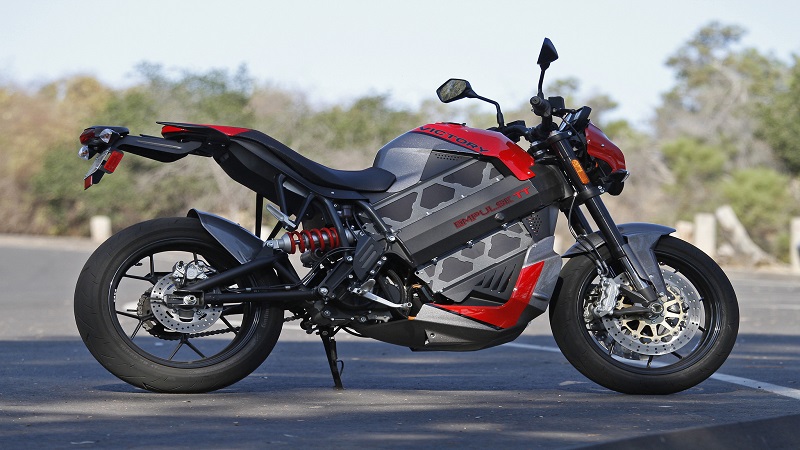 The beginnings of Victory Motorcycles began in 1997, so they have been in the motor world for 20 years.

Of all the products that have sold the one that interests us right now, it is called  Impulse TT.

This vehicle is the first electric motorcycle of the company and we will be able to check its benefits at the beginning of the year in the North American market.

An interesting fact is that its gearbox has 6 speeds that squeeze as much as possible its liquid cooled engine.

In Sports mode you have the option to get 20% more power in the battery, also allowing increase the possibilities of regenerative braking.

Its starting price will be around € 19,000 although with its 5-year warranty or 160,000 km it may be the electric motorcycle you are looking for. 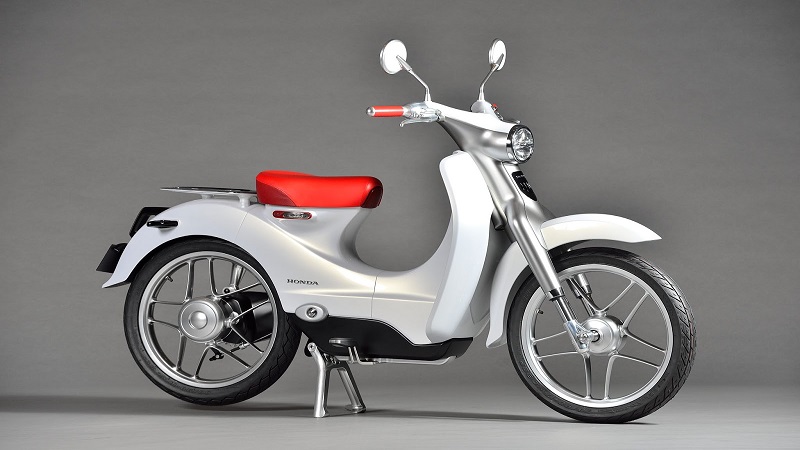 The new Honda electric motorcycle will be produced in 2018 and its name will be EV-Cub.

It has been a prototype for several years because they did not want to get ahead of themselves and that when going out to the market, it was a bad decision.

With an aspect inherited from its gasoline sisters, Honda EV-Cub intends to take a step forward by reinforcing the brand towards the future of the electric motor.

Takahiro Hachigo, CEO of the company, has announced that its goal is the year 2018; let’s hope they do not get delayed and we end up seeing this vehicle in 2019.

He has stated that by 2030, two-thirds of his fleet will be electric or hybrid and that this project is focused mainly for urban users.

It has 2 electric motors placed in the front and rear of the vehicle. As for the battery is removable and obtains a greater energy efficiency than gasoline.

Its intention is to reach 0 emissions and 0 accidents getting that famous double zero in transport that all companies are looking for. 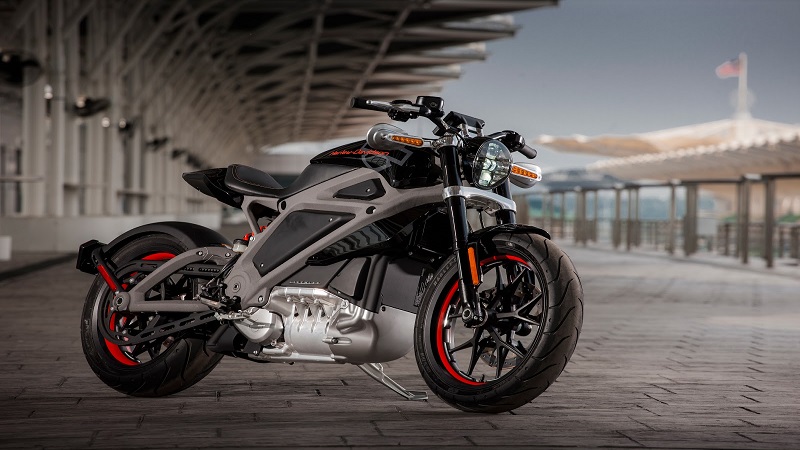 Harley-Davidson is a manufacturer of American motorcycles that was born in 1903 thanks to its 3 founders: William S. Harley, Arthur and Walter Davidson.

This legendary motor company has decided to produce an electric motorcycle for the first time and was presented to the media in 2014.

Since then there are many reviews and updates for this vehicle to go around our streets.

Obviously, it is a motorcycle that breaks some schemes due to the absence of the bi-cylinder that has been with this brand since its inception or the exchange of gasoline for electricity but if we want to evolve and be less polluting, it is a small price to help the planet.

Although they have been working on this project for several years, it is still a prototype. The power of its three-phase motor is about 75 HP and its acceleration from 0 to 100 km/hour is less than 4 seconds.

With limited to 150 km / h speed battery -ion battery currently allows shooting 85 kilometers (NEDC). They have already declared from Harley-Davidson that all these figures will overcome more than the day you can finally publish this electric motorbike of the future.

An interesting fact is a sound: explain that as it is not produced by this type of engine. From the American company have decided to create it to be unique and differentiate remembering a Jet.

Of course, his goal remains the same as always: to be the best electric motorbike of 2018  causing everyone to turn around to admire this vehicle. 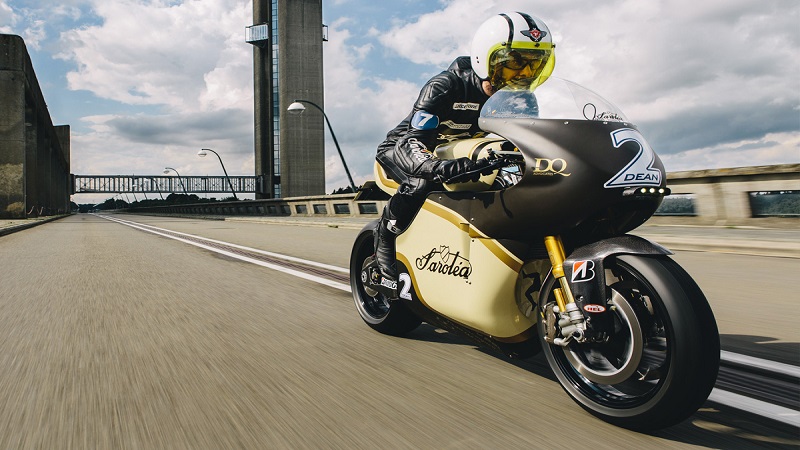 Joseph Sarolea was a Belgian manufacturer of motorcycles that died in 1894.

During his life, he invested his time in building “Sarolea”. A factory that was born in 1850 and that in its beginnings was dedicated to creating weapons; a few years later also bicycles.

Regardless of the history that precedes this electric motorcycle,  Saroléa Manx7 has been developing for several years and although it was initially called SP7. As we can see: the story decides to completely change the direction of a name as it happened to Tesla.

Although currently, this prototype is not available to the general public, their numbers can change the landscape of electric bikes. With a power of 245 HP with a torque of up to 900 Nm gets tip acceleration of a Superbike.

On the other hand, the data that they provide make us think of an autonomy of over 300 kilometers (NEDC) with regenerative braking and a fast charging system capable of filling their energy to 80% in approximately 25 minutes.

On its web page we can verify that for 2018 they will take 250 units at the following prices: 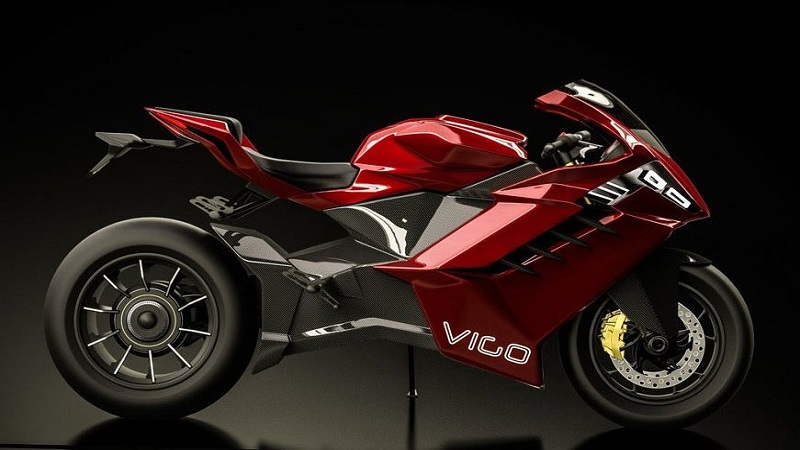 Most electric bikes have a maximum travel without recharging, close to the actual 100 kilometers and this situation leaves aside the possibility of traveling long distances. This one is one of the very good electric bikes.

The autonomy is a pending parameter for other models but for the VIGO company – not the Spanish city. But the British company – they intend to use it as one of the features to highlight in their vehicle.

His electric motorcycle called VIGO is able to travel 640 km without stopping to refuel,  surpassing most of its competitors.

It has a 21 kWh battery that hopes to hold more than 400,000 kilometers without needing a change.

Being the electric motorcycle with more autonomy it surprises its maximum speed of 290 km / h. Because it is not usual, nor is its price that will be around 9,300 € being a much lower cost than expected for its benefits.