The motorcycle industry is in continuous movement and all segments receive the announcement of new models that we can see and drive from 2020: trail, naked bikes, electric bikes, scooter … all designed to meet the different needs of the bikers.

There is precisely a group that seeks extreme sensations and the motorcycles that hit the spot are the ones that have the most power in the market. They can be super sports or max naked, but they all have in common a mixture of a contained weight, along with a large number of runaway horses and a push that will put the pilots in serious trouble if they do not have years of experience under their backs. 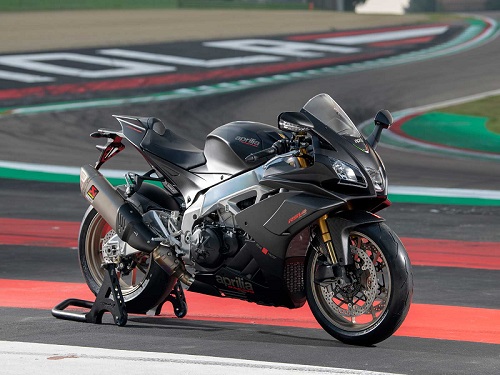 The Aprilia RSV4 1100 Factory is a motorcycle that inherits the components of the RSV4 RF LE, the first street motorcycle to use ailerons inspired by the MotoGP competition.

Its huge engine is a tetracylinder in uve at 65º with liquid cooling with a displacement of 1,078 cubic centimeters that delivers 217 hp at 13,200 rpm and has a torque of 122 Nm at 11,000 RPM. To manage such power, it has an inverted fork of Öhlins NIX of 43 mm in diameter with a travel of 125 mm. Behind it has an adjustable Öhlins TTX single shock absorber with 115 mm of travel. Brembo takes care of the brake system.

The latest update of this supercar came with a new semi-active suspension that electronically controls the fork, the rear shock absorber and the hydraulic system of the steering damper so that they automatically adapt to the terrain and the type of driving of the pilot. 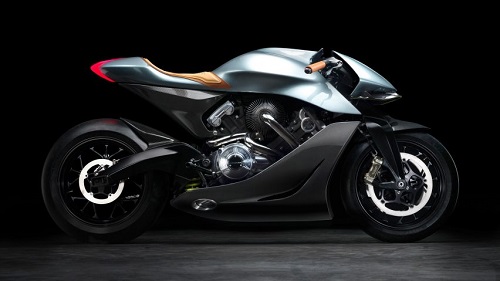 The Aston Martin AMB 001 has been one of the great revelations of the year to be the first motorcycle in history that has manufactured the car brand with the help of the Brough Superior company.

The engine of this British supercar is a twin-cylinder turbocharged V that delivers 180 hp of power. The wing brand has not yet spoken about the torque, but it does ensure that it will work in “a wide range of revolutions.”

It is a motorcycle full of carbon fiber, titanium, aluminum, and leather. There will only be 100 models, its price will be 108,000 euros and they will be delivered to their wealthy owners from the fourth quarter of 2020. 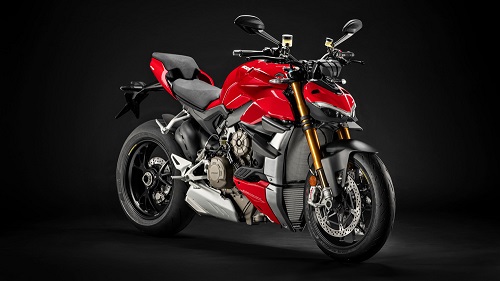 This Italian street has been one of the most anticipated of the year and is not for less. The Ducati Streetfighter V4 is one of the wildest beasts without fairing born from the bowels of Borgo Panigale.

Its engine delivers infamous 208 hp of maximum power and what is equally important, it only has a dry weight of 180 kg. To prevent us from literally flying with this machine, it has four ailerons installed on its sides that generate 28 kg of pressure on the front train at 270 km / h. It is one of the best-naked bikes for 2020.

The torque of this superlative streetfighter is 123 Nm. The weight/power ratio, according to Ducati, is 25% better than the most competent rival that now exists in the market. To tame this marvel of engineering, it has installed Showa BPF suspensions with 43 mm bars in front and a Sachs rear shock absorber, as well as a Sachs steering damper. Brembo brakes with Stylema calipers are part of the other part of the puzzle. 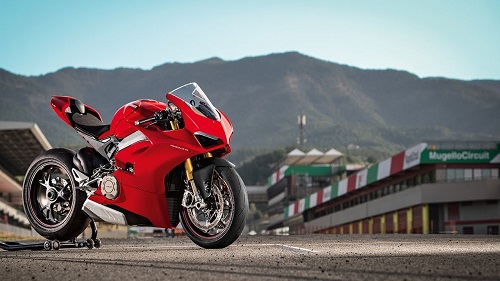 The faired Ducati Streetfighter sister V4 was recently updated with some of the aerodynamic package Ducati Panigale R V4. The cycle part, weight and dimensions of the Ducati Panigale V4 are the same as the previous four-cylinder Panigale that came to us, although now the bike is easier to drive.

The engine is the same tetracylinder block in a 90º uve with a democratic distribution that delivers 214 hp of maximum power and 124 Nm of torque. All weighing 174 kg dry.

Like the hyper naked, it also has standard side spoilers coming from the V4 R that this time generates 30 kg of load (2 kg more than the Streetfighter V4) on the front train at 270 km / h. The Showa BPF inverted fork, the Sachs mono-shock absorber, the Brembo brakes, and the front monocoque chassis and rear subframe anchored to the engine complete the cycle part. 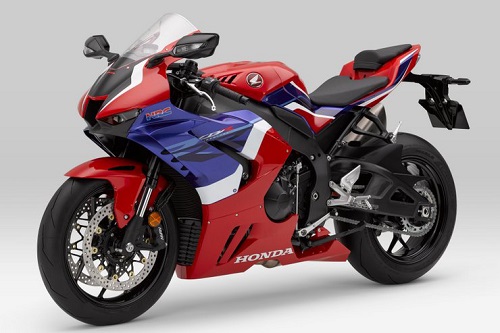 The Honda CBR1000RR Fireblade is the most radical thing the Japanese brand has had so far and it is that with the permission of the Ducati Panigale V4 R, it becomes the second most powerful Superbike on the market.

The engine is an inspiration of the propeller of the RC213V-S although the configuration is a Honda CBR1000RR-R-SP, not the V4 of the motorcycle derived from MotoGP. With a shorter run and maintaining the same compression, Honda has managed to set the maximum power at 214.6 hp maximum power at 14,500 rpm and a torque of 113 Nm at 12,500 RPM. It is one of the best-naked bikes for 2020.

It has a completely redesigned aluminum double beam chassis and the set weighs 201 kg. The R-SP version uses electronic suspensions signed by Öhlins with an NPX fork on the front axle and a TTX-36 rear shock. Brembo takes care of the brakes with the Stylema calipers. 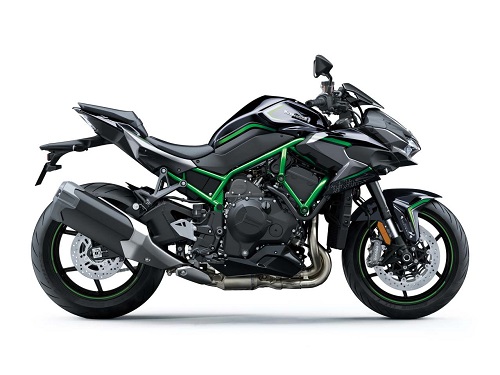 The Kawasaki Z H2 has become the queen of the zetas thanks to its supercharging system that helps its four-cylinder and 998 cc engine reach a power of 200 hp.

Do not be scared with so many horses under our butt since the Japanese have promised that it will be a simple motorcycle to drive at the same time that is precise and fun thanks to the multitubular steel chassis that the H2 and the conventional rear swingarm already use instead of the single-arm used by sports versions.

Part of the blame for this maneuverability, in addition to the chassis, is the Showa SFF-BP inverted fork, an adjustable Showa rear mono-shock absorber, and Brembo M4.32 brake calipers. It is one of the best-naked bikes for 2020. 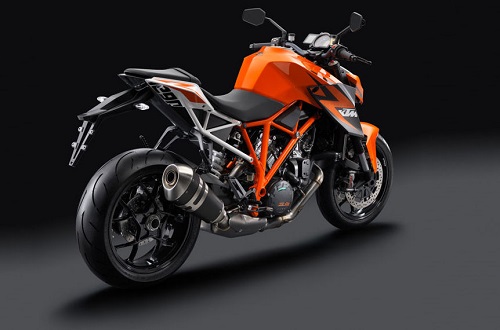 The world of hyper naked was revolutionized at the time when the new KTM 1290 Super Duke R was announced at EICMA 2019, a motorcycle with an imposing and aggressive air that updated its two-cylinder engine with more power, a new and more electronic chassis.

It is a little lighter than before until reaching 189 kg dry (six less than before) although part of the fault is that it now has two liters less capacity in the tank (16 liters in total). Its electronics have improved with more effective traction control and anti-wheelie. 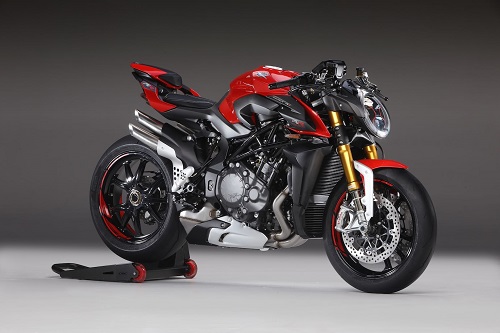 As if afraid of falling short, its engine reaches no less than 208 hp of maximum power with a torque of 115.5 Nm that with the SC project exhaust line could be increased to 212 hp. What a beast.

To control both thrusts the Brutale 1000 has an arsenal of the latest technology such as traction control, ABS with curve assistance, inertial measurement platform (IMU), bidirectional quickshifter, output control, and anti-wheelie.

Its chassis is the same multitubular mixed frame in the front and aluminum plates behind. The suspensions are signed by Öhlins as well as the steering damper. Behind carries a TTX36 single shock absorber. The brake calipers are Brembo Stylema. 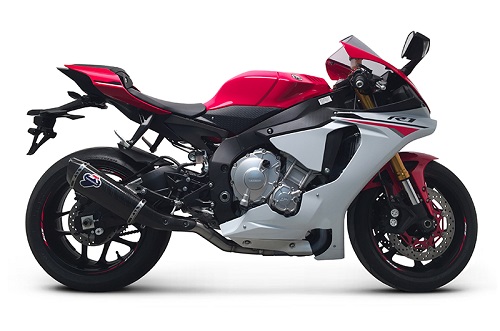 The Yamaha YZF-R1 revolutionized the sports segment over the year 98 of the last century and 21 years later continues to arouse passions among the most fervent followers of Iwata (and among those who also do not).

The new R1 improved its engine to adapt it to the Euro 5 regulations, but maintaining its maximum power at 200 hp with 113.3 Nm of torque. This data, along with that it has improved its aerodynamics by 5%, makes it very desirable to take this supercar to the limit (if you dare) and more if we talk about the YZF-R1M.

It uses an APSG electronic accelerator, a brake control with assistance in a two-level curve, exit control, IMU revised in addition to many other elements that make the starting price of this motorcycle at 21,899 euros (29,499 euros in the case of the YZF-R1M).