When it comes to world records, Italy has some impressive credentials. A vibrant country of history, culture and delicious cuisine and it’s this cuisine that is often at the heart of record setting attempts. Here we look at some of the biggest, best and tastiest world records that belong firmly with the Italians:

Most Scoops of Ice-Cream – Dimitri Panciera from Veneto managed to scoop a precarious 121 scoops of gelato onto one waffle cone. He held a prior record of 109 scoops and put his success down to the specially made gelato he uses in helping all the scoops to stick together. That’s quite an ice-cream!

Biggest Tiramisu – In the northern Italian town of Germona, a tiramisu fit for a giant was created by a team of 300 people and 30 pastry chefs! The colossal pudding contained 1000kg of various types of cream, 750 litres of coffee and 150kg of sugar. When the dessert was finished, it took a crane to lift the 3,015kg serving! If all this makes you hungry then why not eat out tonight? For Italian Restaurants In Dublin, visit http://www.toscanarestaurant.ie 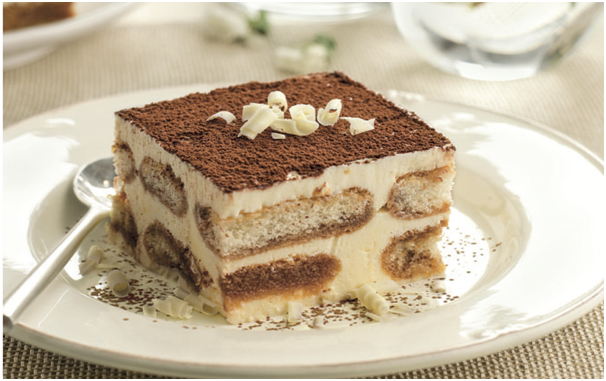 Longest Pizza – In 2015 in Rende, Calabria many pizza chefs and volunteers took 16 hours to bake a pizza that was 1.229 km long! The previous longest pizza record was held by Spain so no doubt the Italians were happy that the record had returned home. The event was organised to raise money for a bus to help elderly and disabled town residents to get around town.

Sadly, the record was smashed in 2016 by a team of chefs in Naples who used only local ingredients and specially built ovens. The pizza measured a whopping 1,853.88 metres.

Most Watermelons Punched – A bit of a strange one but it’s food-related so we’ll include it. Davide Cenciarelli managed to punch and smash a whopping 70 watermelons in one minute. He achieved this messy world record during a live TV show called Lo Show dei Record, a show dedicated to attempting crazy world records.

Longest Baguette – A joint effort between French and Italian chefs saw the world’s longest baguette being created. It was a stunning 400-foot-long and deliciously smeared with Nutella. This yummy record occurred in October 2015 in Milan. 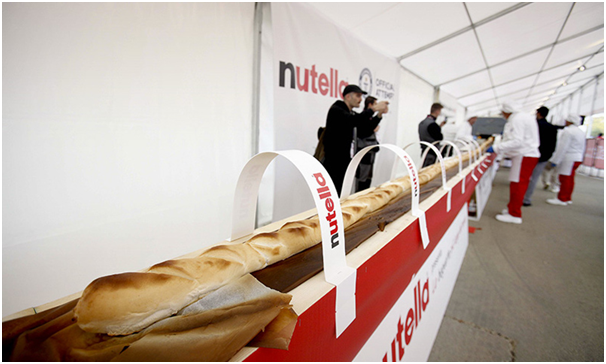 Biggest Omelette – Back in 2010, Italian chefs made the largest asparagus omelette ever made. In Canino, the chefs used 1,500 eggs, 7 litres of olive oil and 100 kg of asparagus and cooked it all in a huge pan able to fit this six-foot-wide creation. After the official measurements were taken, the omelette was cut up and served to all the hungry spectators.

Largest Polenta – It took a whole day for chefs in Feltre to make and serve the world’s biggest polenta made from cornmeal. The creation weighed 1,194kg and broke the previous record set in Trento, Italy for a polenta weighing 1,029.6kg.

Biggest Cake – In 2015, 300 Italian bakers decided to work on the world’s largest decorated cake. They finished their masterpiece in May 2015 in Milan and the cake weighed over a tonne! It measured 16.46m by 13.94m and adorned with an edible map of Italy complete with sugar monuments like the Colosseum.