It became a place where wealthy families began to settle, many who had served in the colonies of the British Empire. Religion also had a huge impact on the town with many churches being built during this period to meet the demand.

Many of the schools that are still in the town today were established during this era also – including Cheltenham college, Dean Close School and Cheltenham Ladies College.

The town became a centre of culture with the wealthy families often enjoying a trip to one of the many theatres, the opera house and bath houses that were also then built in the town. 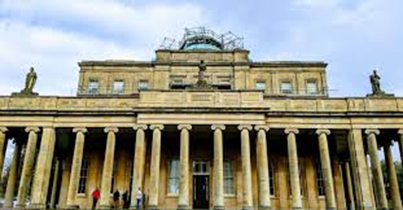 Metalwork and art were one of the main industries during the industrial revolution period – a far cry from the industrial factory towns of the nearby midlands or the docks just 8 miles away in Gloucester – Cheltenham Spa was the home of the wealthy Victorian – you wouldn’t have seen the sooty streets, the smoking chimneys or the two up two down properties housing factory workers here.

Walking around Cheltenham today you can really get a feel for how life was here during this time. The Regency buildings and the neatly kept parks are reminders of the wealthier side of Victorian era in this town, local UK coin dealers even offer the opportunity to purchase authentic Victorian coins, such as the Queen Victoria silver sixpence.