Do you remember grunge music? This was the sound that defined the start of the 1990s and caused a revolution in the music industry. Sound got grittier, tougher and acts broke through that had previously only been heard on college radio stations in the United States. The epicentre of all things grunge was Seattle, the place to be for the heart of this genre of rock music. Flannel shirts and doctor martens became the uniform for this angry, disillusioned subculture. For your own pair of DR Martens Gloucester, visit https://www.cottersshoes.co.uk/product-category/brand/dr-martens/

Here are some of the most influential grunge bands of the time:

The roots of this band began in the 80s with Green River, whom many have said paved the way for the birth of grunge. Steve Turner and Mark Arm finished with Green River to form Mudhoney. The band wasn’t as successful in the mainstream as some of the well-known grunge bands of the era but many of their tracks went on to become grunge anthems, such as ‘Touch Me I’m Sick’.

This was a grunge band that formed outside the incredible influence of grunge in Seattle. Based out of San Diego, they represent what has since become known as the second wave of grunge. The two songs that put them firmly on the grunge map were ‘Sex Type Thing’ and ‘Plush’. The band evolved into a more straight up rock band over time but with their roots very much in the grunge camp with Scott Weiland’s distinct vocals. 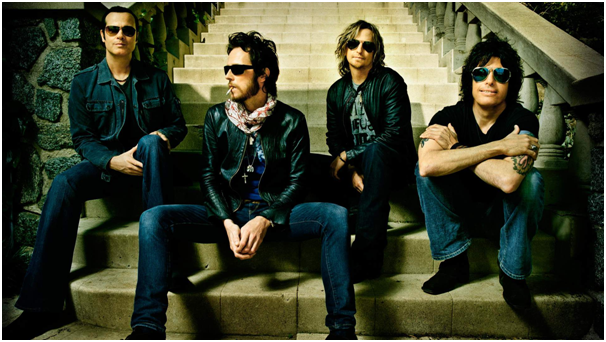 What started life as Mother Love Bone evolved into Pearl Jam with the phenomenal first album ‘Ten’. Absolute grunge classics on this album include ‘Even Flow’ and ‘Alive’. Still together to this day, they are one of the most successful and longstanding bands to have formed during the Seattle grunge movement. By the time ‘Jeremy’ hit the airwaves, Pearl Jam were a recognised name right across the globe.

This band formed earlier than many others, having been together since 1984. Their breakthrough single came with ‘Outshined’. Their sound started more punk-like before developing into a darker, moodier, melodic rock music. The late Chris Cornell became a vocal legend after performances like ‘Spoonman’ and ‘Black Hole Sun’ put them firmly on the global stage. His death last year was a great blow to the music industry.

Alice in Chains were a massive influence on the grunge scene. The combo of guitarist Jerry Cantrell and vocalist Layne Stanley was a match made in heaven with harmonies to die for. They hit the big time in 1991 with ‘Man in the Box’, quickly followed by huge grunge hits like ‘Dirt’ and ‘Angry Chair’.

Coming to an end far too soon, nobody could deny Nirvana should be awarded the ultimate top spot for best grunge bands. They completely epitomised the grunge essence, hitting the big time with their 1991 iconic album ‘Nevermind’. The gravelly, tortured tones of Kurt Cobain on tracks like ‘Smells Like Teen Spirit’, ‘Come As You Are’ and ‘Lithium’ are simply as good as it gets in the world of grunge. Cobain’s death in 1994 meant the band’s time together was short but absolutely colossal in their influence and impact on the world of music.