Art is full of human depictions of animals, both ancient and modern. We have always been fascinated by the mysterious, beautiful, elusive qualities of animals and the huge part they play in human existence. The very first cave paintings showed animal hunting and as well as for our survival, animals became symbolic of much deeper spiritual meanings. Here we look at some iconic animals in art:

Powerful, majestic beasts with stunning lines, it’s easy to see why horses have often been the focus on many great works of art. The painting ‘Whistlejacket’ by George Stubbs is an iconic portrait of a horse and Stubbs was considered a master of equine painting. The artist Jill Greenberg is also famous for having horses as her muse, with her photography capturing the extreme energy and grace of the horse. Bronze sculptures of horses have always been popular and for bronze animal sculptures, visit http://www.gillparker.com/ 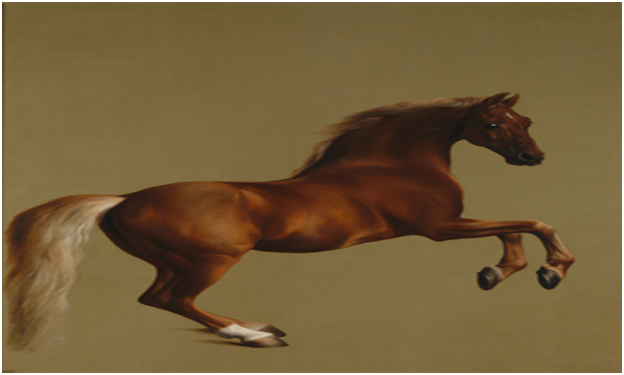 Cats have been idolised since Egyptian times and their elegance, poise and aloofness makes them irresistible still, as a focus for art. The oil painting ‘Two Cats’ by Suzanne Valadon was very successful as she had a lot of inspiration, living her eccentric life surrounded by animals. Renoir also painted the famous ‘Girl and Cat’ in 1880, beautifully capturing the moment a cat is startled and becomes inquisitive. Cats have also been the subject of work by Goya, Picasso and Andy Warhol.

Salvador Dali featured spider-legged elephants a few times in his work. The paintings emphasize the extreme weight and power that the elephant’s bodies possess. Many cultures have celebrated the elephant, as revered in religion and as useful animals for transport. Elephants feature in early cave drawings, as part of Indian history and culture and also in modern art, with both Banksy and Warhol using them in their work.

As givers of meat and milk, it’s no surprise that these animals have featured heavily in human art forms. Bulls, in particular, have come to represent power, stubbornness, masculinity and aggression. One famous piece of art featuring bulls is ‘Guernica’ by Picasso. Guernica is a village in Spain that suffered terribly from German bombing during the Spanish Civil War. This painting made a strong political statement and was used as a symbol of anti-war sentiment. Andy Warhol’s ‘Cow’ was designed as a wallpaper and featured four colour combinations of a cow’s face. 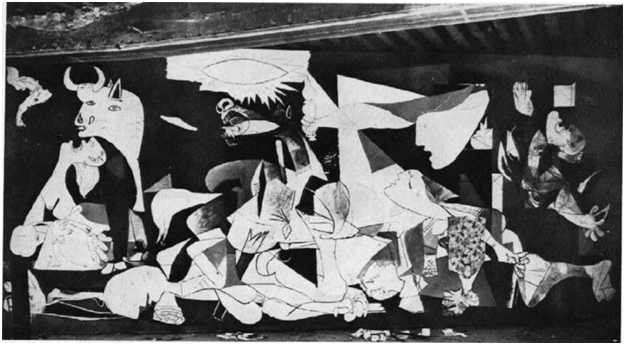 Fascinated by flight, humans have always sought to recreate the beauty of winged animals in mid-flight. Soaring above or wings stretched in majestic prowess, birds both big and small often feature in the ancient and modern art. They are often symbols of freedom or peace, as in the case of Picasso’s ‘The Dove’ of 1949. This iconic drawing became a symbol of peace during the Cold War and was used by The Peace Movement. Birds of every variety appear in art from every culture in the world, such is their hold over our imaginations.